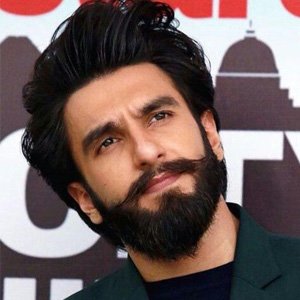 Who is Ranveer Singh?

Ranveer Singh is a Bollywood star. He got the fame from the Indian films. In very less period he makes a lot of fans on the social media also. This is the time of social media. Ranveer has done acting in some of the blockbuster movies which showed that how a skilled actor is he. One of the famous movies of him is “Baji Rao Mastani.” This movie breaks all the records of the Indian film industry. Ranveer is at the start of his career and is working on many new projects also. We hope that those will be one of the hits like previous films.

The early life of Ranveer Singh

Ranveer Singh was born to Jagjit Singh Bhavani and Anju Bhavani on 6th July 1985 in Mumbai Maharashtra, India. Ranveer has done Bachelors of Arts from Indian University, Bloomington. Ranveer’s father is a businessman. He came back to India after getting the degree to pursue his film career. This was the only dream of Singh to become an actor. He became the highest paid actor after coming into the industry.

Ranveer gives his acting debut in 2010 from the movie “Band Baja Baraat” this movie was the mixture of romance and comedy. This movie was the production of Aditya Chopra. This was the hit movie, and directors fully convinced with the acting skills of Singh after two weeks of auditions. He played against Anushka Sharma.

In 2013 Ranveer Singh came in the movie named “Lootera” It was the adaption of the O’ Henry’s short story the last leaf. In this movie, Ranveer came with the actress Sonakshi Sinha. This movie was not a big hit, but the acting impression of Ranveer was everlasting.

Ranveer Singh came back with a big hit movie of Sanjay Leela Bhansali’s movie named as “Goliyun ki Raas Leela Raam Leela” it was the story based on the novel of Shakespeare Romeo Juliet. It was for sure a love story and a blockbuster. It gives Singh the big commercial success.

His next film was again a big hit, and the chemistry of him with Kapoor was just amazing and liked by the critics. The name of the movie was Sunday. It was the story of two friends who become underworld when the world didn’t accept them. He comes with Priyanka Chopra.

In 2015 he made a comedy-drama movie named as “Dil Dhadakne do” this movie was quite a light movie, and he came it in with Anil Kapoor, Priyanka Chopra. This movie has done a lot of business in 14 days of its release. Critics see a spark and the lighter side of Ranveer Singh in this movie.

After this Ranveer again reunite with Sanjay Bhansali and make a new movie named as “BajiRao Mastani” this was also an outstanding movie and became a blockbuster. In this movie, he came with Deepika Padukone. This movie breaks all the records on the box office. Ranveer put life into his character, and the love story was just amazing. This movie gives a film fare award to the Ranveer.

In 2016 Ranveer came in the comedy movie named “Befikre” this movie was also one of the finest movies of him.

Ranveer Singh is the master of acting. He knows how to perform every character and this is the reason he has made blockbusters in every year to entertain his fans. Ranveer Singh has won 2 film fare awards till now. These both are for the category of best actor. Fans are hoping for best work of Ranveer Singh. 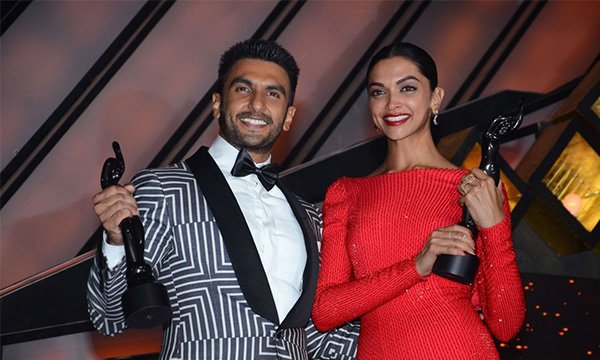 Ranveer is now working on a new project and that is “Padmavati.” He is playing the role of the villain in the movie. In this movie, his co-stars are Deepika Padukone and Shahid Kapoor. This is the third collaboration of Sanjay Leela Bhansali, Deepika, and Ranveer. This will be a love story of Khalji and Rani Padmavati.

One more movie is his upcoming project, and that is with Aliya Bhatt. The name of the movie will be “Gully Boy.” This will be released on 28th December 2018

Ranveer never uses to smoke but he is an alcoholic drinker.

Singh is the maternal cousin of Anil Kapoor’s children.

Singh belongs to a Sindhi family which migrated from Karachi to Mumbai.

He was good extra-curricular activities from school time. He wants to become an actor from the schooling time.

When he joined the industry, he dropped his last name Bhavani as he thought that this never sounds like a superstar.

He has a long relationship history. Ranveer Singh was in a relationship with Ahana Deol when he was in the college and after college, they both never met each other. After that Ranveer start dating Anushka Sharma. She was to the co-star of him in his first movie. But after a short time, they both separated their ways. Now Ranveer is dating Deepika Padukone. Both are looking good together and it seems that they will marry soon.

Ranveer Singh is taking 10 crore Indian Rupee for doing a film. Ranveer’s net worth is $15 million per year. He is very choosy in work and this is the reason that he is earning this much less. He became the highest paid actor in very less time of his career. 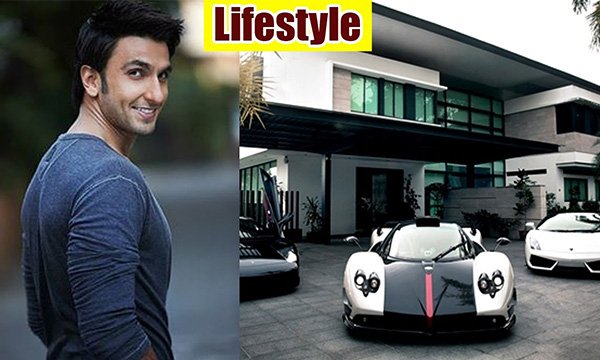 Singh is living in his apartment in Mumbai. He does not have any other property. But soon he will have more property in other cities.

Ranveer has a lot of cars and some of them are Jaguar XJL, Mercedes Benz E-Class, Toyota land cruiser Prado.