Robin Van Persie is one of the most popular footballers in the world. He is a striker and is known for his ability of scoring goals. He is from the Netherlands and has been one of the top strikers for the national football team of Netherlands. Van Persie has played for a number of football clubs in his career. Van Persi made his senior football debut during the 2001-2002 season. Up till now, Van Persie has played for 4 different clubs in his career. He has been an outstanding performer and has won a number of titles with these clubs. Other than that, Van Persie has also been able to win many individual awards.

This huge success of Van Persie in his club career and his International career has resulted in a massive Robin Van Persie net worth. Here are the details of his wealth, lifestyle and career. 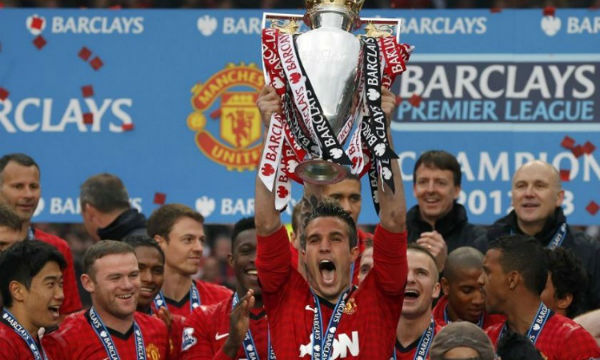 The net worth of Robin Van Persie is around $56 million. During his prime, he was one of the most fierce strikers in the world. He helped the Netherlands national team as well as his club teams to win many matches with his amazing goal-scoring abilities.

Robin Van Persie was a naturally talented striker. He worked hard on his abilities and made a big impact on the International level. He has been able to win a number of awards during individual awards in his career. He is the all-time top scorer for the Netherlands. Other than that Van Persie won the Premier League Golden Boot awards in the seasons 2011-12 and 2012-13. When one looks at his contributions and achievements one has to say that Robin Van Persie net worth is well justified.

Like all other footballers, Robin Van Persie has earned most of his wealth from his club career. The Dutch superstar has been a part of four different football clubs. In 2001 he joined the Dutch football club, Feyenoord. During his time at Feyenoord, he appeared in 61 matches and scored 15 goals. He remained at Feyenoord till 2004. In 2004 Van Persie joined Arsenal and remained with the club till 2012. He scored 96 goals in 194 matches while playing for Arsenal. After that, he joined Manchester United in 2012 and appeared in 86 matches for the club till 2015. While at Manchester United, Van Persie scored 48 goals. In 2015, Van Persie left England and joined the Turkish club, Fenerbahce.

Robin Van Persie has won several trophies in his club career. He won the UEFA Cup: 2001-02 while playing for Feyenoord. After that, he won the 2004-05 FA Cup and the 2004 FA Community Shield while playing for Arsenal. Then he joined Manchester United and his dream of winning a Premier League title also came true. He won the Premier League title of 2012-13. In 2013, he won the FA Community Shield with Manchester United. Robin Van Persi has had a reasonably successful International career as well. The player came close to winning the FIFA World Cup twice in his career. He was part of the Netherlands squad of 2010 which ended up being the Runner-Up of the tournament. He was also a part of the 2014 squad which finished third in the tournament. Robin Van Persie has been an outstanding performer for the Netherlands. He has scored 50 goals in 101 appearances in his International career and he is the all-time top scorer for the Netherlands.

Although salary has been the biggest contributor in Robin Van Persie net worth, the footballer has earned a lot of money from brand endorsement deals as well. The footballer reportedly made more than $3 million in 2016 from endorsement deals. He is expected to make a similar amount from endorsements in the year 2017. The most lucrative sponsorship deals that Van Persie has had in his career include a deal with Cover Girl Cosmetics and a deal with the sports giant Adidas.

Robin Van Persie has a highly luxurious lifestyle. Being an A-list football superstar, the player enjoys the red carpet welcome wherever he goes. He used to reside permanently in England where he had bought a luxurious mansion. However, since changing clubs he has moved his residence. He is married to Bouchra van Persie. The couple has one son and one daughter.

Robin van Persie has played most of his football in England. He has bought a super luxurious house in Goffs Oak in the United Kingdom. The beautiful mansion has a price tag of $4 million. The design of the house is kind-off based on the old English style homes and it looks pretty impressive. The house features all the modern amenities of life. It includes a jacuzzi, a sauna, a home cinema, and a home office. The house also features a game room and huge parking lot. 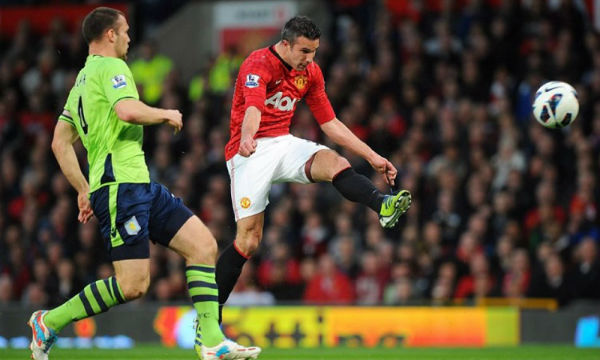 Robin Van Persie owns some expensive vehicles that go really well with his style and personality. The Dutch footballer has spent millions of dollars on his cars collection. Some of the most expensive cars in the collection of Robin Van Persie are listed below.

Robin Van Persie is the greatest striker that the Netherlands has had. The player has already seen the prime time of his career and although the Robin Van Persie net worth is expected to grow further in the coming years, the growth is likely to slow down as the player reaches the age of retirement.