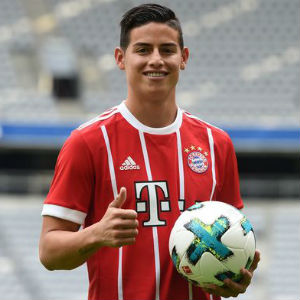 James Rodriguez Net Worth, Salary, Sponsorships, Cars, and Many More

The Full name of James Rodriguez is James David Rodriguez Rubio. He is an International Footballer from Colombia. He plays for Real Madrid in La Liga Spain. He is currently the captain of the Colombian International Team. Before we look at the James Rodriguez net worth, it would be worthwhile to look at his career and his life in general. Rodriguez has seen a lot of success at quite a young age. He started his international career on 11 October 2011 in a match against Bolivia. He was the man of the match in this very first match for the Colombian Senior Team. Earlier he had played and proven himself in the Colombian under 17 and Colombian under 20 teams.

The career of James Rodriguez

He became a worldwide sensation when he performed amazingly well in the FIFA World Cup 2014 in Brazil. James Rodriguez played 5 matches in the world cup and scored 6 amazing goals. He also provided 2 assists. He helped his team reach quarter-finals of the world cup. When we talk about the club career of James Rodriguez, he has played for Envigado in Colombia, Banfield in Argentina, Porto in Portugal, AS Monaco in France, and Real Madrid in Spain. He has obtained the same level of success in his club career as he has in his international career. 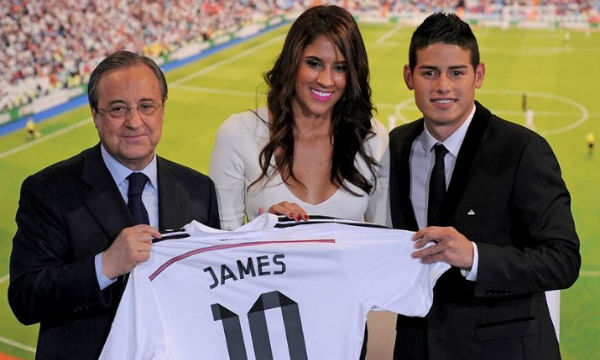 The Net Worth of James Rodrigues is $40 million. The Colombian Super Star Has Accumulated This Impressive Amount of Wealth at Such a Young Age Through His Massive Salaries at Different Clubs Including AS Monaco and Real Madrid. He is Also One of the Hottest Athletes Out There when it Comes to Sponsorship Deals.

This impressive James Rodriguez Net Worth is a result of constant hard work and continuous delivery of amazing goals and assists. He started delivering amazing results from quite a young age. This highly talented youngster scored a total of 3 goals in 11 appearances for the Colombian Under 17 team. During his days at the Colombian Under 20 team, he scored 3 goals 5 appearances. As for the Senior side, he has already scored 17 goals in 49 matches that he has played.

Much of James Rodriguez Net Worth can be credited to his super cool salaries at the clubs that he has played for.

He started his club career by playing for Envigado in Colombia. There he appeared in 30 matches and scored 9 goals. Although the salary of James Rodrigues at Envigado was not that much, it helped him move up the ladder.

He was then signed by the Argentinian club Banfield. At Banfield, he scored 5 goals in 42 matches. Not much is known about his salary at Banfield. But according to estimates, it was less than $8,000 per week. However, his amazing performances at Banfield paved the way for his move to Europe.

When the Colombian superstar joined Porto in 2010, his salary went up to a decent $14,500 per week. This is where James Rodriguez Net Worth started to develop. He stayed at Porto for 3 years and played quite magnificently. He appeared in 68 matches and scored a total of 25 goals. These 3 great seasons at Porto set him up for his move to bigger clubs in Europe. 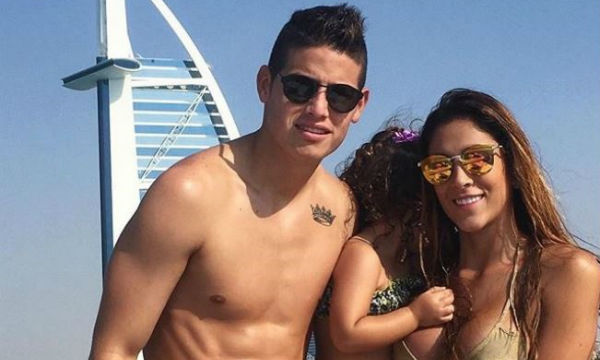 James Rodriguez Salary at AS Monaco

In 2013 James Rodrigues moved to the French club AS Monaco for a transfer fee of $50 million. At Monaco, the Salary of James Rodriguez was a massive $93,000 per week. For Monaco, he played for one season in which he appeared in 34 matches and scored 11 goals. Due to his amazing performances at Monaco and his massive success at the FIFA World Cup 2014 in Brazil, his value in the International market skyrocketed.

The Colombian football sensation joined the Spanish football giants, Real Madrid in 2014. There he has already appeared in 57 matches and scored 20 goals. The Weekly Salary of James Rodriguez at Real Madrid is $166,000 per week. Today he is one of the top athletes when it comes to salary.

Sponsorships and Endorsements of James Rodriguez

Brand endorsement and sponsorship deals have also played a major role in building up James Rodriguez Net Worth. According to reports, the player grossed $7 million via different sponsorship deals. He is sponsored by Adidas, one of the biggest sports brands in the world. The player frequently appears in the Adidas commercials and is one of the hottest athletes for the global sporting brand.

He also has endorsement contracts with Hugo Boss, Dentics, Huwaei, Gatorade, and Pepsi. In 2016 he also signed a brand endorsement deal with the fashion brand Calvin Klein.

The young Colombian is not just a soccer superstar, he is also a very wise investor and businessman. He has used his football popularity very effectively in his business and investment life. He has already set up his own energy drink brand in his home country Colombia. Here, it is worth mentioning that energy drink space is one of the most competitive industries in the world. However, the player has had success with his energy drink brand named 10 Gold. The name of the brand has been inspired by the shirt number of James Rodriguez, that is also 10. 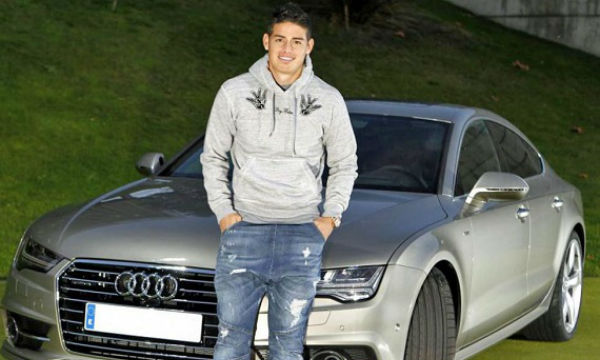 The Colombian superstar enjoys a luxurious lifestyle in Spain. He lives with his wife and a daughter. His wife’s name is Daniela Ospina. She is the sister of Colombian International Football Star David Ospina. The couple has a daughter named Salomé Rodriguez Ospina. James Rodriguez likes to travel with his family as well as with his friend. Being fairly young, the superstar has an amazing

The Colombian superstar likes to live in style whether it is in Colombia or in Spain. The superstar has an amazing home in the La Finca residential complex in Madrid. The house had been designed in a modern fashion and is absolutely stunning. Here are some pretty good photographs of this amazing property in La Finca, Madrid.

The young football star surely knows how to spend his money. He is a fan of Audi and owns one as well. He has been seen with numerous luxurious as well as sports cars. In one of the incidents, he was fined for over speeding at 124mph. He was driving his favorite Audi R8. In one of the videos, the player was also seen driving Mercedes g-class.

Having achieved all this success, the superstar is still very young and has a long way to go. As he continues to perform for his country and for the clubs that he plays in future, his wealth will continue to increase. So we can fairly say that James Rodriguez net worth is still growing and he can become one of the richest football players of all time.