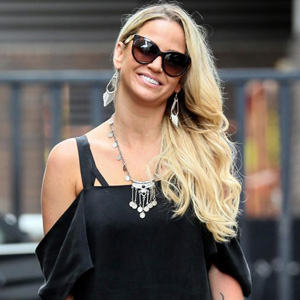 Sarah Nicole Harding is an English singer, songwriter, model, dancer, and actress who was born on Nov 17, 1981, in Ascot, United Kingdom. Her music group is ‘Girls Aloud’ since 2002. Sarah Harding rose to her popularity in late 2002 when she auditioned for the reality television show Popstars: The Rivals on ITV. 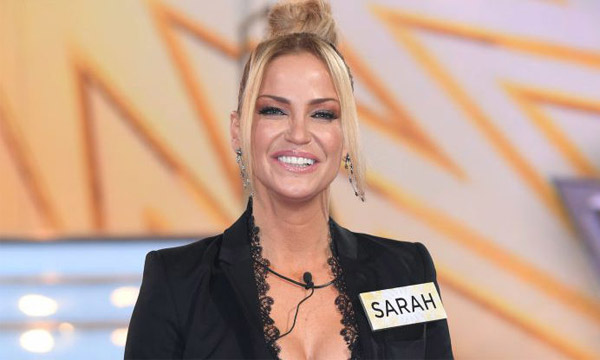 She went to Hazel Grove High School from 1993 to 1998. After that, she attended Stockport College where she studied hair and beauty. She started working as part of promotion team for two nightclubs in The Grand Central Leisure Park in Stockport as well as a waitress in Pizza Hut, driving a van, debt collecting and as a BT telephone operator. She made her tours towards North West England performing at pups, special clubs and caravan parks to support herself.

In 2003, she was recording dance tracks when the idea came into her mind about an audition for the popstars: the rivals. She gave audition both for being a contestant on UK talent search shows Fame Academy and Popstars: The Rivals. It was the pop star: the rival where she got most of her fame, pulling out of Fame Academy after being accepted into the first round of Popstars. She entered FHA’s High Street Honeys 2002, the magazine’s national beauty contest. Her photos reached in the top 100, but Harding withdrew upon getting success on Popstars.

In 2022, Sarah Harding gave audition for the Popstar: The rival. Ten boys and ten girls selected as finalists by judges Pete Waterman, Louis Walsh, and Geri Halliwell. These finalists were taken to the stage participating in weekly Saturday Night live performances. Each week the contestant polling the fewest phone votes was eliminated until the final line-ups of the groups appeared. Sarah Harding joined Nadine Coyle, Cheryl Tweedy, Nicola Roberts, and Kimberley Walsh to comprise new girl group Girls Aloud, formed through the show by a public vote on Nov 30, 2002. 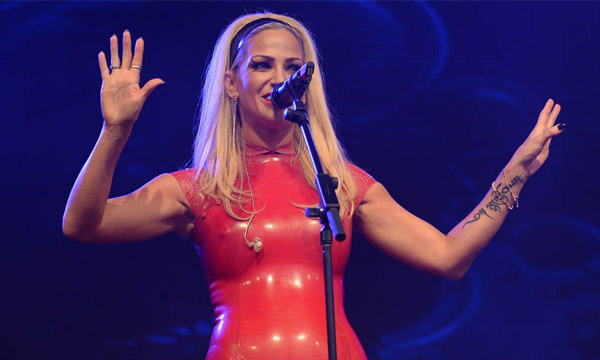 The debut single of the group “sound of the underground’ reached no 1 in UK singles chart, becoming the 2002 Christmas number one. This group “Girls Aloud” hold the record for the shortest time between formation and reaching number 1. The group released their debut album “sound of the underground” in May 2003, which entered the chart at no 2 and was certified platinum by the British Phonographic Industry later the same year. Their singles ‘walk this way’, ‘the promise’ and ‘I will stand by you’ all peaked at no one.

Two of their albums have reached the top of the UK Albums chart. Their greatest hit album “the sound of girls aloud” and 2008’s “out of control” both reached no.1 with over 1 million copies of the former sold. The also achieved seven certified albums and have been nominated for five Brit Awards, winning the 2009 Best Single for “the promise”.

The style of a musical group is pop but throughout their career but got experience with electro-pop and dance pop. The group became of the few UK reality television acts to achieve continued success by reaching the fortune of £30 million by May 2010. Guinness World Records called them as “most successful Reality TV group” in the edition of 2007. They also hold the record for “most consecutive top ten entries in the UK by a female group” in the 2008 edition. They also got credit for “most successful reality TV group” in the 2011 edition. Moreover, the group also named the UK’s biggest selling girl group of the 21st century with over 4.3 million singles sales and 4 million albums sold in the UK alone.

In 2006, Sarah Harding signed a £100,000 deal to model Ultimo lingerie, following the likes of Rachel Hunter and Helena Christensen. Alongside her band-mates, Sarah made a cameo appearance in the low budget thriller ‘bad day.’ Sarah wrote a brunette wig for the role of Jade Jennings. The film also cast Donna and Claire. She also showed collaboration with London synthpop band Filthy Dukes on a cover of “real wild child” recorded for the film “wild child.”

From 2009 to 2012, Sarah decided to pay attention to an acting career. She appeared in BBC television film ‘freefall’ written and directed by Dominic Savage. She portrayed Sam, the beautician girlfriend of Dominic ‘s character. Sarah also returned to St. Trinian’s franchise with a starring role in St. Trinian’s 2: The Legend of Fritton’s Gold. In Dec 2010, she also appeared on MTV’s Sarah Harding in 24 hours. She also made a guest appearance on BBC Radio 1 with Chriss Moyles.

From 2012 to 2013, the reunion was seen in the group ‘girls aloud’ they released the single “something new.” Followed by the single “beautiful cause you love me.” In 2013, the group embarked on Ten- The Hits Tour 2013. After the tour, the group announced their split. 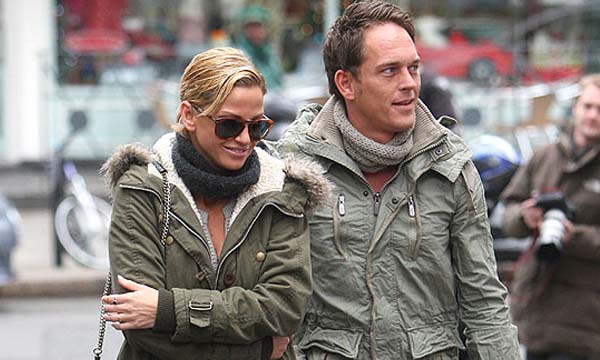 Sarah Harding gained a reputation as ‘party girl.’ She dated Calum Best throughout 2005 for eight months and then separated.

In Jan 2011, she and DJ Tom whom she had been dating since 20007, announced their engagement. News spread of their wedding off. The couple separated later. In 2011, she checked into a rehab center in Cape Town, South Africa, citing alcohol dependence and depression.

In April 2013, Harding received a six-month driving ban after police caught her talking on her mobile while she was driving through central London.

She parted ways from music producer Mark Foster being in a relationship for about two years in Autumn  2016.

In June 2017, it told by the news that Sarah had a 6-week affair with married Danny Dyer when filming ‘run for your wife.’

During her presence in Celebrity Big Brother in August 2017, Sarah told that she had a partner on ‘outside the house’ she made a relationship with Chad Johnson, and it called an official relationship while in the house. They split in Nov later that year.

In mid-2012, Sarah announced the release of her solo album.

She spoke to Daily Mail there is the possibility of her solo album in 2014 again in Nov 2013.

She agreed to make a guest appearance on soap opera Coronation Street as Joni as in May 2015.

In Jan 2016, Sarah cast as a contestant in the third series of the Jump which began broadcasting on channel four from Jan 31, 2016. She emerged in UK tour of ‘guest the musical’ alongside Andy Moss in Autumn  2016.

In Aug 2017, Sarah began competing in the 12th series of Celebrity Big Brother and was crowned the winner on Aug 27, 2017, beating Amelia Lily in the final vote. Her best performance in the house put her back in the public eye, and in Oct 2017, it reported that Sarah would be working on a new album.