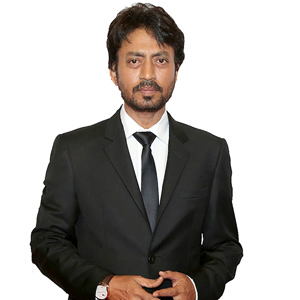 Sahabzade Irfan Ali Khan who is simply known as Irfan Khan is an Indian film actor, known for his work predominantly in Hindi cinema, as well as his works in British films and Hollywood. He was born on Jan 7, 1967, in Jaipur, India. He has been active since 1995. 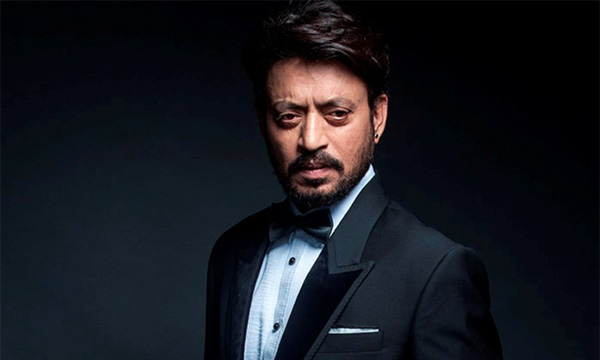 Irfan was born in Jaipur, Rajasthan, to a Muslim Pathan family. His mother belonged to Tonk Hakim family, and his father was from the Khajuriya village near the Tonk district. He ran a tire business. He was studying his M.A degree when he earned a scholarship to study at National School of Drama in New Delhi in 1984.

Irfan Khan moved to Mumbai, where took part in acting in various Television serials, including ‘Sara Jahan hmara,’ ‘barat aik khoj,’ ‘banegi apni baat,’ ‘star plus’ and ‘sparsh.’ He had acted in a teleplay on Doordarshan named “laal ghaas par neele ghode” where he played the role of Lenin. It based on a translation by Uday Prakash of a Russian play by Mikhail Shatrov. He performed as the villain in a series called “darr’ where he performed the role of a psycho serial killer, opposite Kay Kay Menon. He also performed the role of popular Urdu poet and Marxist political activist of India Makhdoom Mahiuddin in “Kahkashan” which was produced by Ali Sadar Jafri.

Irfan acted in some of the episodes of Star Plus. In one of the episode, his role was a parchoon shopkeeper who had a misconception that wife of his landlord trying to seduce him, and it turns out that his wife is cheating on him. In one another place, he played the role of office accountant who after being insulted by his female boss, took revenge. His performance in theatre and TV kept him little Famous until Mira Nair offered him a cameo in “Salaam Bombay” in 1988. However, his role was edited out in the final film.

In the 1990s, he emerged in the critically acclaimed films “ik doctor ke moat” and “such a long journey” in 1998 and various others films which went unnoticed. After many failures in the films, things changed when London-based director Asif Kapadia provided him the lead in “the Warrior”, a historical film. In 2001, this film presented at international film festivals, making Khan a popular face. 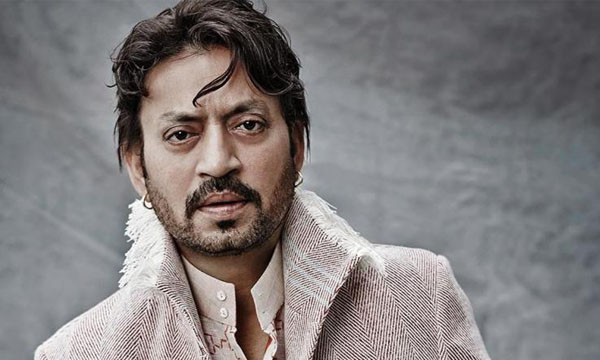 In 2003 – 2004 he acted in Ashvin Kumar’s short film, “road to Ladakh”. The film has earned positive reviews, and it provided Irfan more chances to move forward in life. The same year, he played the title role in the critically acclaimed Maqbool, an adaptation of Shakespeare’s Macbeth.

His first lead role of Bollywood came in 2005 with his work in film “Rog” where his performance praised by critics. He appeared in various films either playing the lead role or supporting role as a villain. In 2004 he won Filmfare Best Villain award for his acting his film “has.” Critics praised his performance in this film, calling him brash, fearless and ambitious.

In 2007, Irfan Khan was seen in the box office hits Metro, for which he achieved a Filmfare Best Supporting Actor Award, and The Namesake. His harmony with Konkana Sen in Metro was one of the highlights of the multi-star movie. They closely followed by his appearance in the international films “a mighty heart” and “the Darjeeling limited.”

In 2008, Irfan Kahn cast as a narrator in an Arts Alliance production, id-identity of the soul. The performance toured around the world, with tens of thousands turning out to see the event as it toured the West Bank. He also played the role of a police inspector in the 2008 film “Slumdog Millionaire” for which he and the cast of the movie won a “screen actors guild award.”

In 2009, Irfan cast in the film “acid factory” where he claimed that he interested to do more films in his future. He also appeared as an FBI agent in New York; I love You. His film, “Paan Singh Tomar,” about real-life athlete turned dacoit; this film received highly favorable comments the critics.

In 2010, Irfan Khan worked on the third season of the HBO series “in treatment” enacting the part of Sunil.

He played Dr. Rajit in “the amazing spider-man” in 2012. He also played the adult version of Piscine “Pi” Molitor Patel in the film adaptation of Life of Pi.

In 2014, he emerged in “Sunday”, a moderate box office success. He also made a guest appearance in the films “the Xpose” and “harder” playing a significant role in the later. In 2015 he performed the role in the film “piku” alongside Deepika Padukone and Amitabh Bachchan. He also seen alongside Tom Hanks in the 2016 adaptation of Dan Brown’s Robert Langdon thriller Inferno. 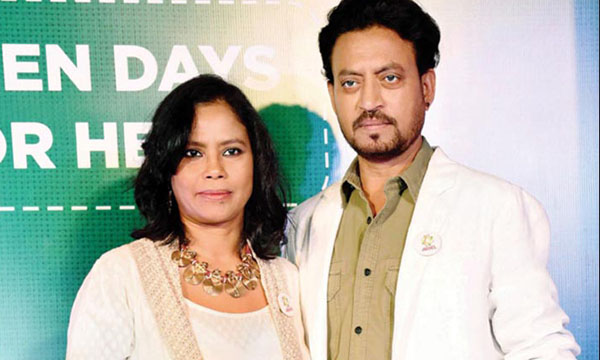 On Feb 23, 1995, Irfan Khan married to fellow and writer NSD graduate Sutapa Sikdar. They have two sons, Babil and Ayan. According to Irfan, he is a focused person. He is passing a happy and peaceful mutual life. No rumors of misunderstanding have found between Irfan and his wife.

In 2012, Irfan Khan changed the spelling of his name from Irfan” to “Irrfan”. He told the reason for his name change that he likes the sound of the extra “r” in his name.

In Sep 2015, Irfan got an appointment as the brand ambassador for “resurgent Rajasthan”. Which is a campaign by the state government of Rajasthan. He provided his voice to the light and sound show at the war memorial for the Indian Army at Vidhan Sabha Road, Jaipur. This show portrays the courage and confidence of the soldiers of Rajasthan. And their trumps in the battle from olden days till today.