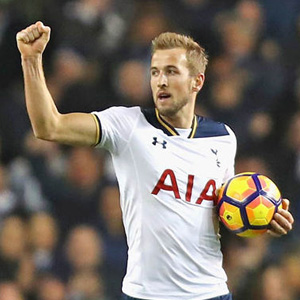 The rejection, selection and then loan have been there for quite some time, but that couldn’t defy the footballer out of Harry Kane. Now termed as a prospect for England national football team and Tottenham Hotspur, the flamboyant striker is conquering the hearts of the football fans across the globe. The 24-year old Londoner has struck 115 goals in 184 appearances for Hotspur.

It should be kept mentioned here that Kane has been affiliated with White Hart Lane since 2009, but actually, it was 2013-14 season when he became the regular member of the side. Before popping up as a top priority for Spur, all these years, he was up on loan for various side including Leyton Orient, Millwall, and Leicester.

The 6ft 2inches hunk known for trying hard even the things aren’t working on his side, and that makes him stand out way above than other strikers in the Premier League.  Kane with shiny performances in PL has also shown the determination and capacity to become the flag barrier of the England national football team shortly.

Previously played for England U17, U19, U20, U21 sides, the calm and composed striker got on to play for the England national team in March 2015. One can better know about the credibility of Kane as he has secured Premier League Golden Boot in consecutive seasons; 2015-16, 2016-17.

Things were simpler for Harry Kane, born in Walthamstow, around five miles away from the White Hart Line; he wanted to play for the Hotspurs. He coincidentally had been quite much the follower of the David Beckham as he attended the same school as of him and later on, went on playing for the similar club as former Real Madrid star did at the early age. The goals and aims already set for the aspiring footballer and for that purpose he joined Ridgeway Rover club following Chingford Foundation School. The next on the cards for innocent-faced young man was to get noticed, and he didn’t take any longer to do so.

While honing his skills at Ridgeway Rovers, and Arsenal scout spotted him and offered training at club’s academy under youth program. What happened next was something very much opposed to the expectation as year after training at Arsenal’s academy, Kane was released.

Harry Kane, the product of Tottenham youth system, went on raising the eyebrows at quite early age as he was one lad predicted to be a big thing in future on the football pitch. The striker talent was no hide since the age of 7 but with the years going on it just got better and better. Being under the wings of Tottenham, Kane made sure he went on with his smooth rise to the under 18 side from youth system out there.

His journey has been superb, and what honed his skills and better get him know about the international standards league, he sent on loan at various clubs including Leicester City, Millwall, and Norwich.  It should be kept noted here proper nutrition and strategy to not to visit nightclubs have been keeping Kane on track from that long without distracting a single inch. His glory to football in right means kicked off with his 2014-15 campaign at Premier League as this was the time when he gave more of the opportunity for Spurs. The English striker lived it up to the hype with smashing 21 goals in 34 appearances. 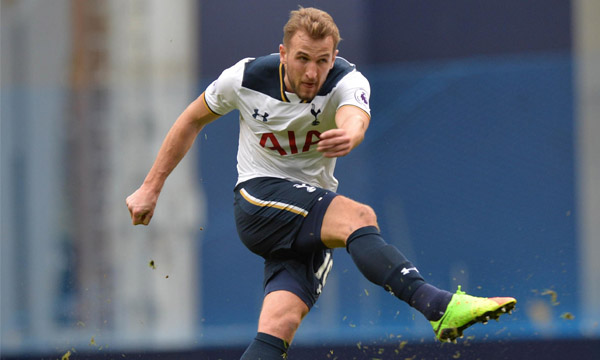 He has been right there in for the hunt since young for the national team as he was up there on the sides like under 17 and 17 for England. He has been creating waves since then at various mega events including 2012 UEFA European Under-19 Championship.  It will be pertinent to mention here that product of Tottenham youth academy went on earning applauses since young.

And his performance with the under 17 and 19 sides of England made his case even stronger.  Now what to look out for in the current circumstances is his World Cup debut, which almost confirmed to take place during this year’s mega event in Russia. Looking at his current performances, it won’t be an overstatement to say that the flamboyant striker would surely make a difference for the English team this mega event.

Harry Kane came up on the top from youth ranks of Tottenham Hotspurs. Bred and nurtured over there, Kane has been ever since under their wings, the time he only went out was to play on the loan for the various sides like Leicester City, Millwall and Norwich City. What’s more to the story is only 24-years of age, Kane was something only known among the Premier League fans. As he touted as one of the most promising talents.

But this didn’t come that much into the limelight he completed his four spells of the loan with several sides. It was like the 2013-14 season when the time of glory for Kane arrived as the Spur’s striker went on changing the tables that swiftly in just around three seasons at Premier League. As of now, Kane regarded as one of the most consistent goal-scorer in Europe.  Spurs have tight jaws over Kane as they have an ongoing contract with them until 2020 but if the things floating on air have something to do with reality, then Real Madrid can grab this striker into their ranks.

Harry Kane’s rise to the highest ranks has turned out to be a known thing across the globe for all the football fans out there. And what’s more up on to this is the buzz around indicates that Kane is all set to join the ranks of the biggest football club in the world at the moment. Not to forget, it’s all cooking about Spur’s striker’s move to Real Madrid. The latest to all this ongoing is the top striker has also shown his eagerness to get the number 10 shirt.

Kane, who made his rose as the top striker of Europe with outshining stars like Messi and Ronaldo have yet not in getting into contract extension deals with Spurs and that seems like a green signal for the La Liga club. So amid all this, what all can Kane’s fans do is wish him good luck if there is something on cards or even it isn’t.

Opening up eyes in the family, who were Spur’s fans and living in a house just several miles away from the Hart lane, the target was very much clear for the young lad. Even though none of Kane’s family member went on making some name in the game of football, he doesn’t forget to mention his grandfather from mother’s side, whom he regards as a good footballer and the one who played this game at some capacity. Moreover, following this, the English footballer isn’t reluctant to say that sporting came in his genes from mum’s side.

Kane’s father, Pat Kane is from Galway, and that opened him an open chance to play football for the Irish national team. Not taking it that much seriously, Spur’s striker had both the eyes stuck on representing England. Now the sensation among football fans across the globe, Kane has been very much vocal about the family support throughout his career.

This sheet about affairs and relations isn’t much filled as the one about Harry Kane’s goal scoring.  Throughout his career, which came to light during his teens, he has turned out to be a one-woman-man without distracting a bit on or off the field.  Things between Harry Kane and his lady-love Kate Goodland has been getting better and better by every passing day. Not to forget, it’s been more than 8-years relationship between the couple, and now they are eyeing to officially upgrade their marital status.

Harry Kane knows Kate Goodland land since the school days as both of them were the classmates. And with the time moving on, things have just got better in between them. The star football has always been up with the praises of the lady-love, who closely knows each and everything about him.

The 8-years long relationship between the couple finally got an upgrade when during this June Kane got onto his knees during a beach outing. The star footballer didn’t keep this magical moment away from his fans and posted the photo on Twitter along with captioning I ‘she said yes.’

Who is Harry Kane Wife? 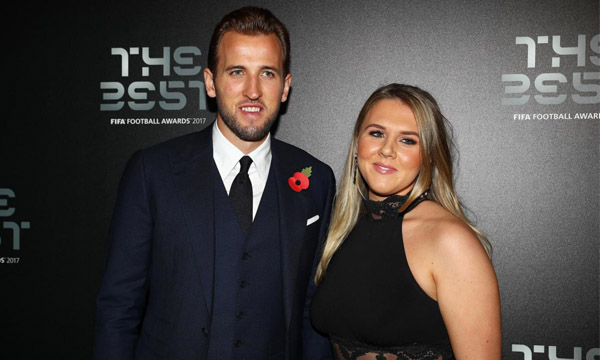 One can predict marriage on cards anytime sooner for Tottenham Hotspur as earlier this summer he got engaged to his longtime girlfriend during a personal meet up. The couple hasn’t officially tied the knot as of now, but yet they are setting some superb relationship goals with caring for each other now and then. It should be kept noted here is Katie Goodland, now the fiancé of Kane knows him since childhood as they were raised up in streets away from one and another. It was July 2017, when the couple posted about their engagement on social media.

The partners for long are often seen hanging around together. But even before the Spur star was vocal about his relation with Goodland, it was the shutterbugs who brought this on spotlight after the lady-love was snapped taking Kane’s dogs out on the walk.  It will be pertinent to mention here that the couple has two Labrador dogs with them whom they have named as Brady and Wilson after two of the NFL quarterbacks Russel Wilson and Tom Brady.

The couple of Harry Kane and Katie Goodland are proud parents of a daughter, to whom they named Ivy Jane Kane.

The star footballer is only 25, and he’s leaving the dreams of millions as he doesn’t only have made it to the Premier League, he has actually stunned the football pundits with his accuracy and frequent goal scoring habit. Especially, his hat-trick goal scoring at Premier League has got his names among the greatest ever.

At the same time, his exponential rise as of the best striker of Europe among modern-greats Ronaldo and Messi is making his fans go crazy.  If Kane moves to Real Madrid gets in there sure it will be more wealth raining on the striker whose already winning it on and off the field.

Kane’s vast cars collection includes Audi, Range Rover, and Mercedes. Even though he doesn’t flaunt them much, but he has a still life as another star football around has.