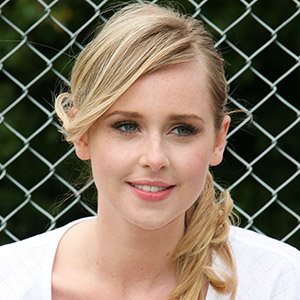 Diana Vickers is a famous English pop singer, actress, fashion designer and songwriter as well. It was the year 2008 when she very firstly came in the focus of public attention on “The X Factor” as a semi-finalist. In the following year, Diana Vickers signed a deal with RCA Records and toured along with fellow finalists. Then she played the title role in a “West End” revival of “The Rise and the Fall of Little Voice.” 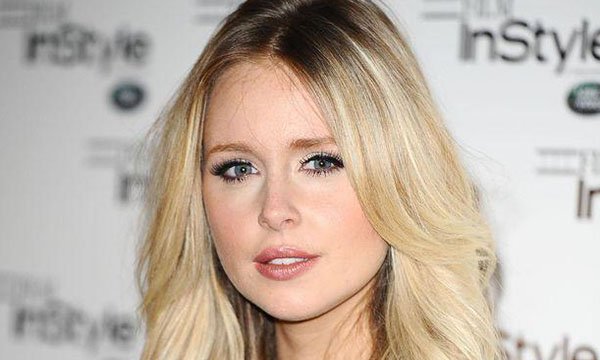 After that, in the year 2010, her debut single named “Once” ranked number one on the UK Singles Chart. Then her first album named “Songs from the Tainted Cherry Tree” was also ranked as number one on the UK Albums Chart. Her next single was “The Boy Who Murdered Love” and it listed within top 40 singles.

Then another single came namely “My Wicked Heart,” and this secured the position in top 20. In the year 2013, her second album named “Music to Make Boys Cry” was released along with three singles including “Mad At Me,” “Cinderella” and “Music to Make Boys Cry.” It was the year 2011 when she entered the world of fashion designing, and her brand named “boho-chic” was greatly acclaimed and well praised by the by the British fashion media.

Then in 2014, she appeared in her first movie named “The Perfect Wave.” In the same year, she also appeared on the small screen in the comedy series named “Give Out Girls.” This article will provide you with a lot of information about this multi-talented young lady. If you are a fan of this young emerging star then just read this article to know everything about her. 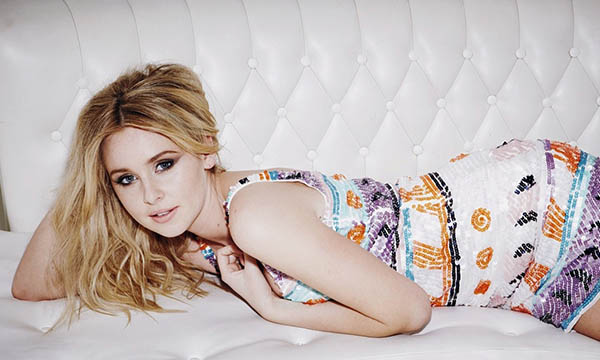 Diana Vickers Mae Vickers was born on 30th July 1991 AD in Blackburn, Lancashire, England. Her father’s name is Eddie Vickers and Anne Vickers. There is nothing much known about her family, except her parents’ name. As far as her education is concerned, she did her A Levels in Psychology, Classics and Theatre Studies at Westholme School that located in Blackburn.

Vickers interested in music and singing from the early age of eleven. She also took singing lessons and participated in local competitions. However, she started singing professionally after adulthood. 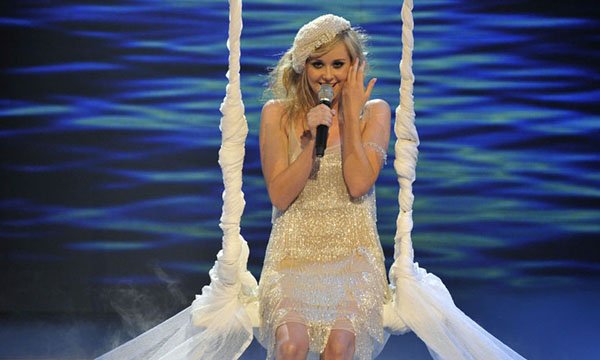 Diana Vickers entered into the music world in the year 2008 and worked on several projects.

Vickers took her first audition in 2008 for the fifth series of The X Factor with the song “The Blower’s Daughter” by Damien Rice. After her good performance in the audition, she selects for the live shows. She by Cheryl Cole in the girls’ category along with Laura White and Alexandra Burke.

In her live shows, she received a lot of praise and criticism as well. She very much liked due to her unusual singing style. Diana often performed bare feet and used specific kind of hand gestures which additionally gained attention. She sang U2’s “With or Without You” and Michael Jackson’s “Man in the Mirror” on her first live show. She greatly applauded for her first live performances by the audience and the judges. In the next week, she performed Blondie’s “Call Me” and Charlie Chaplin’s “Smile.”

In the fifth week, she could not perform due to some issues in the vocal cords. The doctor advised her for not performing to avoid permanent damage to her vocal cords. In the sixth week, she performed on Coldplay’s “Yellow” and was negatively received by the judges. However, in the seventh week, she performed on “Patience” and was well received by the judges. In the ninth week, she sang “Girlfriend” by Avril Lavigne and received praise from the judges. Her following song  “White Flag” by Dido and this time she votes out of the competition. She got the fourth position overall and after the series went on The X Factor live tour along with final eight contestants from February to March 2009.

Soon after The X Factor, it announces that Vickers signed by Sony Music under the Syco label, but this plan later dropped. After that, she signed to the Sony Music’s RCA Records. In January 2009, she started working on her first album, and in this project, she worked with Dev Hynes, Patrick Wolf, Starsmith, Sayan Kotecha, Chris Braide, Guy Sigsworth, Ellie Goulding, Nerina Pallot, Eg White, and Cathy Dennis.

Her first album named “Songs from the Tainted Cherry Tree” is releasing in 2010 and is ranked as number one on the UK Album Chart. Diana first single “Once” written by Eg White and Cathy Dennis, released in April 2010 and this also ranked as number one on the UK Singles Chart. Her second single was “The Boy Who Murdered Love” and this placed at number 36 in the UK. Then she performed in some festivals including the Summer Sundae, T in the Park, V Festival, T4 on the Beach, Radio 1’s Big Weekend, Oxygen Festival, iTunes Festival and the Freedom Festival. Her third single was titled as “My Wicked Heart” and secured number 13 in the UK. Most of her songs co-wrote by her. She became RCA’s highest grossing domestic artist at the end of 2010.

After that, she started preparing songs for her second album and also traveled to Los Angeles to co-write the material. It is worth mentioning that she also co-wrote the 2011 Jennifer Lopez and Enrique Iglesias single “Mouth 2 Mouth”. In 2011, she parted her ways from Sony Music RCA Records. The same year, she released two singles titled as “Kiss of a Bullet” and “Music to Make Boys Cry.” In the year 2013, she signed a record deal with So Recordings.

In 2013, she appeared in a music video for the single “Derail” by Leeds rock band named “Dinosaur Pile-Up.” Then she appeared in an advertisement of fragrance “Our Moment” and also sang a cover of “My Favorite Things” that was a song from the musical The Sound of Music. In August 2015, her song “Chains” released. And also used for the promotion of the movie named “Awaiting.” 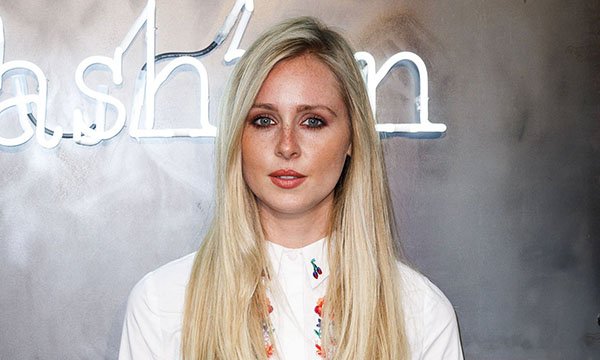 Diana Vickers professional acting career started with Jim Cartwright’s “The Rise and Fall of Little Voice” in October 2009 at the Vaudeville Theatre on the Strand London. However, in the year 2012, she appeared in her first movie named “The Perfect Wave.” Her debut works on the small screen a comedy series named “Give Out Girls” that aired in 2013. Her other projects of acting included the West End play “The Duck House,” “Rocky Horror Show UK tour,” “Awaiting,” “Top Coppers” and a comedy series “Josh.” 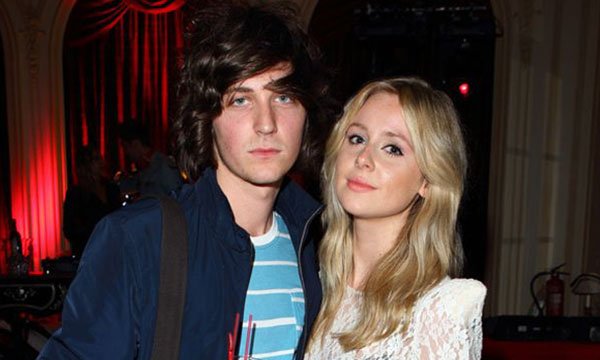 She also remained involved in many charity works including Teenage Cancer Trust, a charity event “Give Tilly a Hand,” Oxfam to name a few. 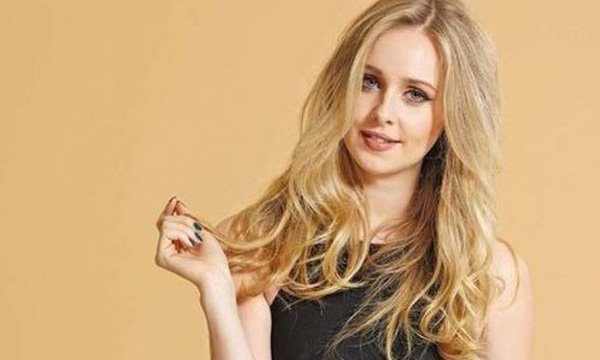 Diana Vickers has an estimated net worth of almost $3 million (estimated in 2017). Apart from these, she also paid for endorsement, ads, sponsorship, featuring and so on. Her estimated annual income is almost $353,000, and sponsorship amount is $77,000.