Paul Bruce Dickinson was born on Aug 7, 1958, in Nottinghamshire, England. Apart from the lead singer of Iron maiden, Bruce is an airline pilot, radio show host, historian, television presenter, fencer, producer, novelist, and songwriter. He is the elder cousin of Rob Dickinson who is the lead singer of British alternative rock Catherine Wheel. 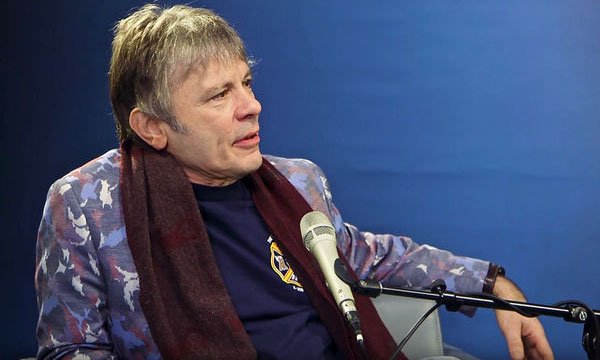 Bruce (born in the small town of Nottinghamshire). His mother did a part-time job in a shoe shop, and his father was a mechanic in the army. Bruce’ birth hurried the young couple into marriage. Initially, he was raised by his grandparents. His grandfather was a coal face worker at the local colliery, and his grandmother was a housewife. These pieces of information referred in his song “born in 58” from his solo album Tattooed Millionaire.

Bruce began school at Manton Primary. When Bruce Dickinson was six, his parents moved from Worksop to Sheffield, and consequently, he had to go to a new school, Manor Top, which he disliked. Bruce Dickinson’s parents decided to move him out to the private school Sharrow Vale Junior after six months. There he grew up in an environment that he attracted towards the positive goals of life. There he had a few close friends.

Dickinson’s first musical experience was dancing in his grandparents’ front room to “the twist.” He started thinking like a musician. Bruce Dickinson tried to play an acoustic guitar belonging to his parents, but it blistered his fingers.

That time, his parents were earning well. In the age of 13 years, his parents got the chance to send him to a boarding school education, and they chose Oundle School, a public school in Northamptonshire.

When he took an interest in music, he got bongo drums and practiced. He said that he never learned such an instrument in his school. Music skills that Bruce posses acquired after his stay at Oundle.  In 1976, he enrolled in a local Catholic school, although he was not practicing Catholic himself.

In the mid of 1976, he joined his first band, and he volunteered to do the vocals.

After leaving his school, he did not know what he wanted to do. He joined the territorial army for six months. As army life not liked by him, so he applied for a place in the university.  He got minimum grades at the Queen Mary University of London. His parents wanted him to join the army, but he told them that he wanted a degree first. In college, he involved in the entertainment committee.

There he also got a chance to improve his ability as a musician. He spotted an ad in Melody Maker with the captain “singer wanted the recording project.” Later the band was called Shots. Bruce played with Shots on a regular basis. The next step of the career of Bruce taken in a pub called the Prince of Wales in Gravesend, Kent, where Shots were playing regularly. His real first tour was third on the bill with Randy California and his all-time hero Ian Gillan. 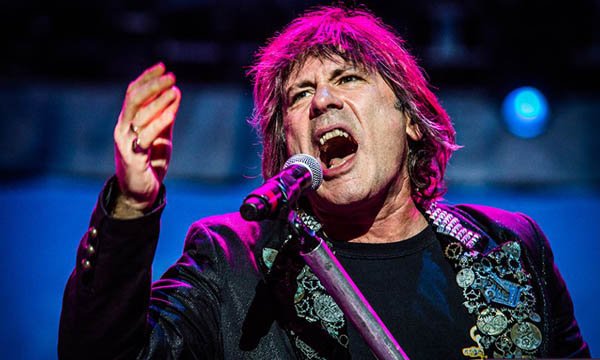 Before Iron Maiden, Dickinson was the singer in a similar band called Samson from 1979 until he became part of Iron Maiden in 1981. In Samson and the previous band, he was known by the name Bruce.  He joined Shots in the summer of 1979. Bruce Dickinson recorded his debut with Iron Maiden on their The Number Of The Beast album in 1982.

He quit Iron Maiden in 1993 to find his solo career and replaced by Blaze Bayley who remained lead singer of the metal band Wolfsbane. Bruce’s solo work from the alternative rock sound of 1996’s Skunkworks to the all-out metal style of Accident of birth. He was releasing an artistic surgery he felt he suppressed by Iron Maiden’s strict progressive metal format which he claimed could not accommodate emotional reflection as evidenced by the lyrics of “tears of the dragon.”

After releasing two traditional metal albums with guitarist Adrain, he joined the band along with him in 1999.both are still seen together in the band. Since then, Bruce has only released one more solo album “tyranny of souls” but says that his solo career is not over. He has signed a contract with his label to do three more solo albums. Soon after Bruce’s solo career, he moved to Australia to join the Alternative Punk band option. This short-lived due to the rejoining of Iron Maiden.

Interests of Bruce include literature, Fencing internationally and he also founded a fencing equipment company under the brand name “duelist.” He taught to fly by British Airways commercials pilot Captain Phil Dales.

In the summer of 2006, Bruce flew about 200 UK citizens home from Lebanon during the Israel/Hezbollah conflict. In Feb 2007, Bruce given permission to fly rangers F.C to Israel for their UEFA cup game against Hapoel Tel. after the collapse of XL Airways in Sep 2008, he piloted an Iceland Express airplane and flew home 180 stranded holiday makers from Egypt as well as Boeing 747 with the group of British Royal Air Force pilots from Afghanistan.

In 2015, Bruce underwent seven weeks of chemotherapy and radiation therapy for a cancerous tumor found at the back of his tongue. He recovered from this disease because that found in the initial stage. He told all clear by his specialists in May 2015. 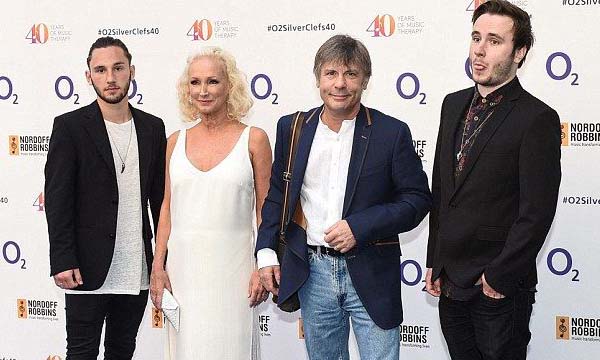 Bruce currently presents the Friday evening “rock show” on BBC radio station. He has recently taken the helm of BBC Radio 2 serial “masters of rock.”  Dickinson has also turned his hand to the scriptwriting, having written a film script entitled Chemical Wedding which has made into a film starring Simon Callow. He also played a few small cameo roles and had composed the soundtrack.