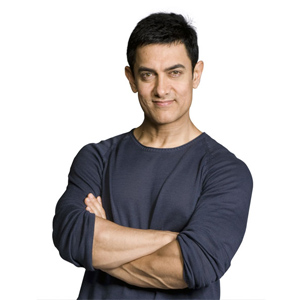 Amir Khan is an Indian film actor, producer, director and television talk show host. Through his career, he has established himself as one o the most popular and influential actors of Indian cinema. He was born on March 14, 1965, in Mumbai, India. Name of his father is Tahir Hussain while his mother name is Zeenat Hussain. He has been active since 1984. His full name is Muhammad Amir Kahn. 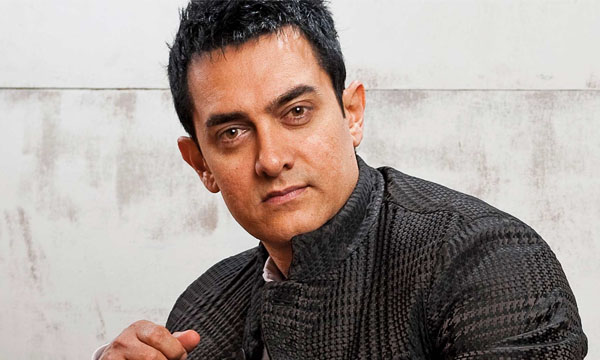 Several relatives of Amir Khan remained members of Hindi film industry, including his paternal uncle, Nasir Hussain, the producer and director. He is related to Indian philosopher Abul Kalam Azad by his grandmother.

Amir Khan is the eldest of four siblings, his brother, Faisal Khan is also an actor. His two sisters are Farhat and Nikhat Khan; both married. Imran Khan is his nephew, who is a contemporary Hindi film actor.

As a child actor, Amir emerged on screen in two minor roles. At the age of eight, he appeared in a popular song in the Nasir Hussain directed film “yaddon ke baraat” in 1973. It was the first Bollywood masala film. The following year, he portrayed the younger version of Mahendra Sandu’s role in the production of his father, Madhosh.

Amir Khan attended J.B Petit School for his early education; later he went to St. Anne’s High School, Bandra till the eight class and completed his matric from Bombay Scottish School, Mahim. He was a good player of tennis at state level championships. Amir was much more interested in sports as compared to Studies. He completed his 12th grade at Narsee Monjee College, Mumbai.

Amir Khan defined his childhood as tough duce financial problems faced by his father, whose productions of the films were mostly unsuccessful. Once he expelled from the school due to non-payment of fees.

At the age of 16, Amir involved in the experimental process of making a 40-minute silent film, Paranola, which was dire ted by Aditya Bhattacharya who was his school friend. Parents of Khan never wanted him to be in films, wishing him to be a doctor or engineer. In the film Paranoia, he played the lead role alongside actors Neena Gupta and Victor Banerjee. His this experience provided him a lot of confidence to seek a career in the Hindi film industry.

He joined a theatre group called Avantar, where he performed backstage activities for more than one year. Finally, he made his stage debut with a small role in the company’s play “kisar bina” at Prithvi Theatre. After completing his high school, he decided to quit studies to join as assistant director to Nasir Hussain on the Hindi films “manzil manzil’ in 1984 and “zabardast” in 1985. 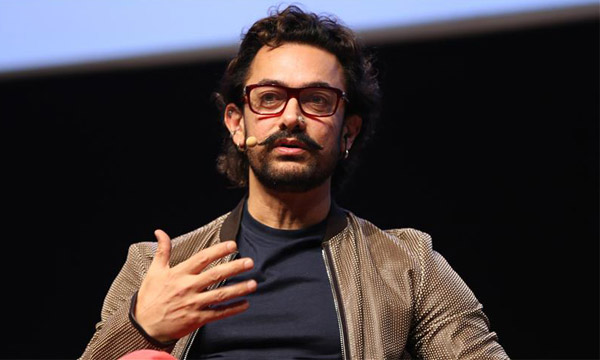 Amir Kahn started his career by working with Nasir Hussain. Also, he acted in documentaries directed by the students of FTII, Pune. The director Ketan Mehta took notice of Khan and offered him a role in his film “holi” which was a low-budget film. Then he took his role in “qayamat se qayamat tak” in 1988 alongside Juhi Chawla. The film was a tale of unrequited love and paternal opposition, with Khan portraying Raj.  This film gave commercial success to Amir Khan. It received seven Filmfare Awards including Best Male Debut trophy for Khan. The film has since attained cult status. Then Khan went on to work in “Rakh” in 1989, a crime thriller film. Here Khan was awarded National Film Award. During the same year, he made his reunion with Chawla in the romantic comedy “love, love, love.” This film faced commercial failure.

Amir Khan had five releases in 1990. He did not meet any success I the film ‘awal number”. Amir played a significant role in the social drama “jawani zindabad.” He worked in romantic comedy “dil ha k manta nai ha” in 1991 where he played a leading role. He appeared in several other films in1990s.

Amir Khan produced and starred in “laagan” in 2001, which was a major commercial success and received a nomination for Best Foreign Language Film at the 74th Academy Awards. He also won second Filmfare Award for best actor.

Khan made a comeback in 2005 with Mehta’s Mangal Pandey: The rising plating the title role of real-life sepoy. This film screened at the Cannes Film Festival.

In 2007, his film “taary zamin par” was also produced by him and marked his directorial debut. Before this, he also got a lot of fame by his work in films “faana” and “rang de basanti.”

In 2008, he appeared in movie “Ghajini” and became highest grossing Bollywood movie of that year.

In 2009, Amir Khan appeared in critically acclaimed film “three idiots” which provided him a great success.

Khan has also been credited with opening up the Chinese market for Indian films. In 2012’s film “talash’ he disagreed with director Reema Kagti. His next venture was “dhoom 3” where he played a difficult role.

In Oct 2017, Amir Khan starred in a supporting role in his production “secret superstar.” 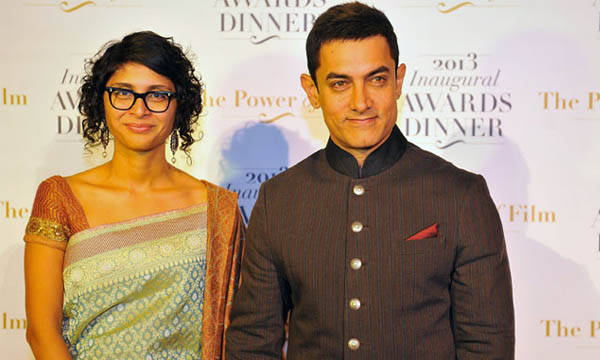 Amir Khan married Reena Dutta, who played a small role in “qayamat sy qayamat tk.” They married in April 1986. They have two children, a son named Junaid, and a daughter named Ira. In Dec 2002, Khan filed for divorce. Reena took custody of both children.

In Dec 2005, Khan married Kiran Rao, who had been an assistant director to Ashutosh during the filming of Lagan. In Dec 2011, they announced the birth of their first son, named Azad Rao Khan. Khan’s father died in Feb 2010.

Khan performed haj with her mother, an Islamic pilgrimage to Mecca, Saudi Arabia.

Amir Khan co-wrote the screenplay and script for 1993 hit romantic comedy “hum han rahi pyar k.” He also co-wrote the blockbuster film “Ghajini” in 2008. His film “talash’ accumulated a worldwide gross of US$27 million. Secret Superstar 2017 is his own production.