Alison Sweeney is a famous American actress, director, author and reality show host. She is well recognized and best known for her role as “Samantha (Sami) Brady” in the NBC soap opera named “Days of Our Lives.” She played this role under a contract from 6th January 1993. Her performance in this soap opera, earned for her some prestigious nominations and awards such as the Daytime Emmy Award nomination, a Fan Voted Daytime Emmy Award and four Soap Opera Digest Awards. This role earned her a lot of fame, name, and popularity not only in the United States but all over the world. Her performance was greatly acclaimed by the audience and the critics as well. There is a lot of fan following on her social media accounts. 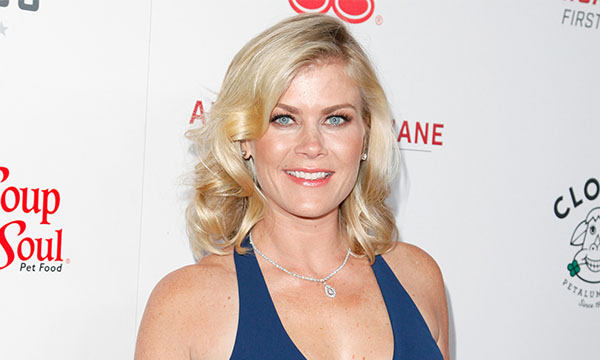 In her career, she also worked as a host and became the host of the show named “The Biggest Loser” in the year 2007. Alison left the NBC soap opera “Days of Our Lives” in the year 2015 at the end of the sixteenth season. Later she appeared in some famous movies including “Murder, She Baked: A Chocolate Chip Cookie Mystery” in the year 2015 and “Murder, She Baked: Just Desserts” that released in the year 2017. Her performance in the movies added a lot to her fame and popularity. She considered one of the best actresses in the United States. This article will provide you with a lot of information about this gorgeous lady. If you are a fan of her, then sit back and just read this article to know everything about her.

Alison Sweeney was born on 19th September 1976 AD in Los Angeles, California, USA. Her father’s name is Stender Sweeney, and her mother’s name is Polly Sweeney. Her family is of Irish descent. As for her siblings, she has two brothers.

As far as her education is concerned, her early education is from local schools and later she took admission in University of California, Los Angeles, United States. She studied Economics at the university, but before completion of her degree, she left the university because of her commitment to “Days of Our Lives.” 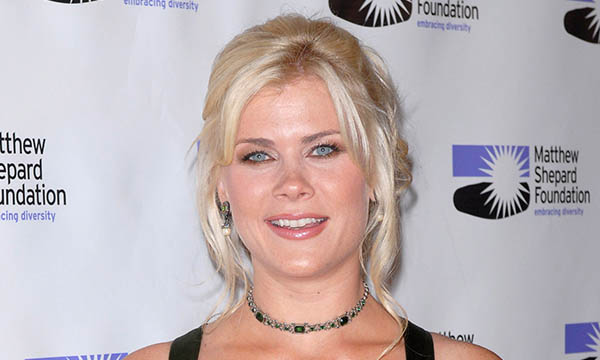 Alison Sweeney started her television career at the age of only five with her appearance in a Kodak advertisement. After that, she was not seen on television for a long time. Then she performed in an episode namely “I Can’t Help Saying Goodbye” of the horror television series named “Tales from the Dark Side.” In this series, she portrayed the character of a young girl who could sense the death of someone who is going to die shortly. Her performance in the series was good enough and received much appreciation from the audience and the critics. Soon after, she appeared in an ABC sitcom named “Family Man” in the year 1988.

The sitcom soon came to an end. Alison then performed in a miniseries named “Brand New Life.” She played the role of Christy McCray in this miniseries. This miniseries directed by Chris Carter who is also the creator of X-Files. And it aired on NBC Magical World of Disney in October 1989. Alison co-starred with Barbara Eden as her mother and Don Murray who portrayed the character of her father in the miniseries. This was a big hit at the box office and liked by the public and the critics.

It was 1993 when Alison Sweeney appeared first time in her breakthrough named “Days of Our Lives.” She was only 16 years old when she first performed in this soap opera. She was a fan of this show, and on 6th January 1993 she performed the role of Samantha “Sami” Brady in the NBC soap opera named “Days of Our Lives.” During her acting in this opera, she fully polished her skills as an actress. She won many prestigious awards for her performance in this soap opera. 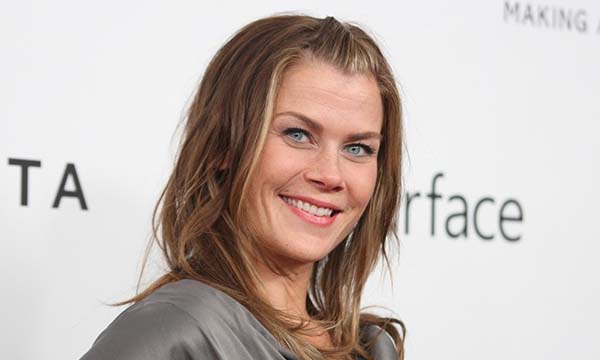 Alison Sweeney got recognition not only in America but worldwide after working in this opera. Alison was very worried about her weight during the 1990s as her weight was slightly more than her television co-stars. Although the weight was average, she became worried when she compared it with her peers. She stated this worry in her memoir named “All the Days of My Life (So Far)” that launched in the year 2004.

In the year 2002, she performed in a celebrity episode of “Fear Factor” that was the NBC reality game show. She also appeared in “Friends” that was the NBC show. Later in the year2007, she performed as a co-host in “Jerry Lewis MDA Telethon” for the live television telecast. In the same year, she became the host of “The Biggest Loser” replacing Caroline Rhea. She was very happy and surprised at this offer. Apart from her acting and hosting career, she also wrote three books namely “The Star Attraction” in 2013, “Scared Scriptless: A Novel” in 2014 and “Opportunity Knocks” in 2016. After that, she appeared in another movie named “Second Chance” in the year 2013 with co-star Greg Vaughan.

After her work of 21 years in “Days of Our Lives,” she announced her retirement from the series on “The Ellen DeGeneres Show” on 20th January 2014. The reason for leaving the series was her management of time for her family and the other show named “The Biggest Loser”. From 2015 onwards, Alison Sweeney appeared in the Hallmark Movies and Mysteries film series “Murder, She Baked.” This series of movies based on the books of Joanne Fluke.

Following are some best works by and all these are worth seeing:

Throughout her career, she was nominated many times for the prestigious awards. She won the following awards and nominations: 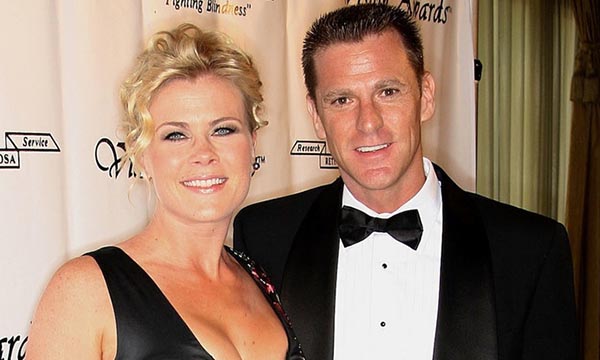 As far as Alison’s personal life is concerned, she dated David Sanov for three years and married him on 8th July 2000. The couple blessed with a son on 25th February 2005 named Benjamin Sanov and a daughter on 12th January 2009 named Megan Sanov. Nowadays, the family is living happily in Los Angeles.

Alison Sweeney has an estimated net worth of almost million (estimated in 2017).