Top 10 Richest Women of all Times

It is a truth beyond any doubt that man has amassed more wealth than women and we haven’t had many ‘richest women’ in the list of richest people. According to the data present, there is no woman on the list of the 10 richest people in the world. The woman in the history has been prevented from taking the possession of property and wealth by two main means in the history. One by the cultural oppression and other by the molding of law for man. Therefore, there were only a few women in the history who had the luxury of making grand money despite their superior wit.

However, with all these restrictions, some women have been able to extract a huge amount of money and leave the mark in the history of the world. Most of the women had money coming from their male relatives; there are cases where women had been able to stand tall and earn money on their own. In this list of ours, we haven’t included only those women who had inherited money from their family, but also women, who had worked exceedingly hard to achieve wealth by use of their wit in different businesses. The List does not include the monarchs Victoria and Elizabeth because none of them ever held the share of money that could lend them a place in world richest women ever despite their outrageous control over monarchs.

The view of the historians has been given due importance in the compilation of this list.

Richest Women of all Times 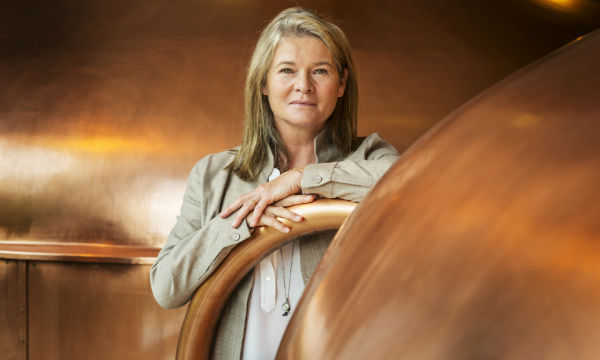 The brewer industry tycoon, Charlene de Carvalho, is one of the richest women in today’s world. According to the available stats, her wealth towered above $12.7 billion in 2016. Daughter of Freddy Heineken, she inherited a 25% stake in Heineken International in 2002 when her father died. Charlene never had any business experience at that time, but she didn’t lose hope and used her wit to ameliorate the status of the company.

With her wit and innovation, she has overseen the profit of $30 billion after her joining the company. The significant increase in the company stature stands faithful to the efforts of the Charlene de Carvalho-Heineken. Her vast wealth makes her the 10th richest women of all times. 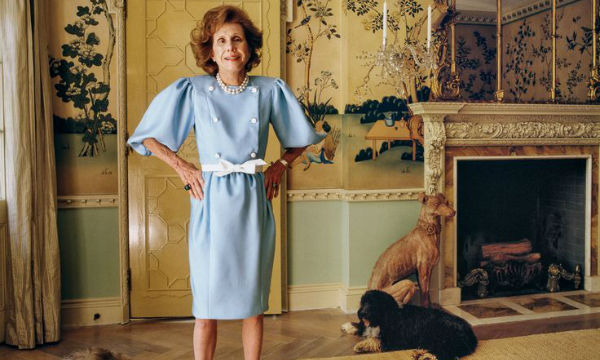 Cox Chamber shot the stardom when she was sent as an ambassador to Belgium, but her real forte was his company named Cox enterprise that she inherited from her father.  The Cox Enterprise owns news outlets like Atlanta Journal-constitution and Palm Beach Post. Cox chamber has also tried her luck in certain other fields and has acquired a formidable fortune. At present, Cox Chamber holds one of the most famous and largest cable television provider networks in the USA.  The woman has served the Cox Enterprise in many different positions mainly as a CEO and member of a board of directors.

In November 2015, she retired from both the posts and gave them to her three heirs. Reports show that she left the company with the net wealth of around 15 billion dollars.  Undoubtedly, she is one of the most successful business ladies ever present who has used her skills to increase the repertoire of her wealth. Her vast wealth makes her the 9th richest women of all times. 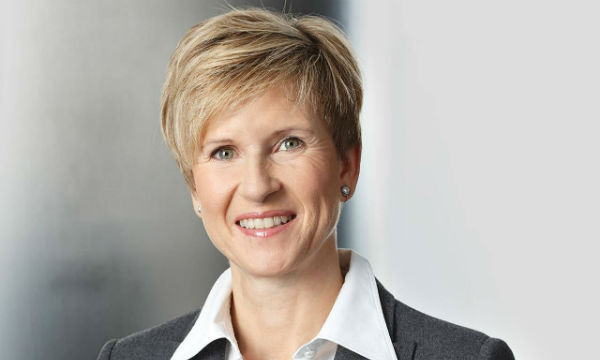 Susanna Klatten is one of the owners of the most beautiful brand ever in the history of automaker BMW. Klatten inherited a 12.6% stake in the company from her father, the founder of the expensive brand. Once she acquired the share in the company, she set determined to make a good fortune out of that share. Her investment in different ventures has also brought her good money. For instance, the investment in pharmaceutical companies was a great success for her as the company got more than $2 billion in the sales per year.

However, she was scrutinized by the media in the year 2013 when she and her group denoted 1 million dollars to the conservative party Chancellor Angela Merkel. The donation was considered as an implicit bribe by the opponents though she denied any such intention behind her gift. Her vast wealth makes her the 8th richest women of all times. 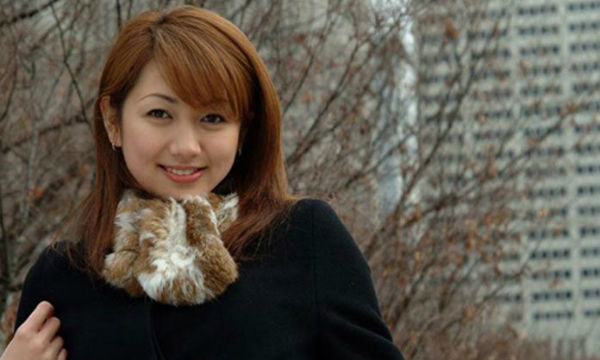 Yang Huiyan inherited a stupendous wealth of around $16.2 billion from her father, Yang Guoqiang, the Chinese business tycoon. Yang Huiyan was trained ably by her father during her teenage, and she was made to tour with her father to the various meeting across the world. However, with all her experience and understanding, she was hit hard by the economic recession of 2007, and her company faced severe losses in the year 2007.

The wealth plummeted to $5.2 billion from $16.2 billion in just one year due to recession in the market. Now, she is the Vice Chairman of the board of governors and trying to make it big on the international stage. Her vast wealth makes her the 7th richest women of all times. 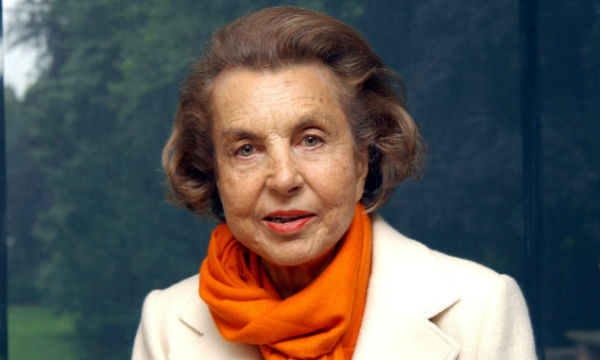 Who does not use body sprays and perfumes? If you have ever used any of body spray and lipstick or any other makeup item, you have contributed to the wealth of L’Oréal heiress, Liliane Bettencourt, the lady who has amassed around 41 billion dollars till 2016 and counting. With the booming property acquired from the L’Oréal, the woman has invested in many other ventures and has been mainly successful. The brands such as ‘Lancôme’ and ‘Polo’ were also bought by the business tycoon to flourish her wealth further.

Though unfortunately, the money has not bought her health. She continues to suffer from dementia due to growing age and is no longer the part of the company. In the year 2012, she got replaced by her grandson as the Chairman of the enterprise. But the stable income of her company makes her business an unprecedented tycoon in the industry. Her vast wealth makes her the 6th richest women of all times. 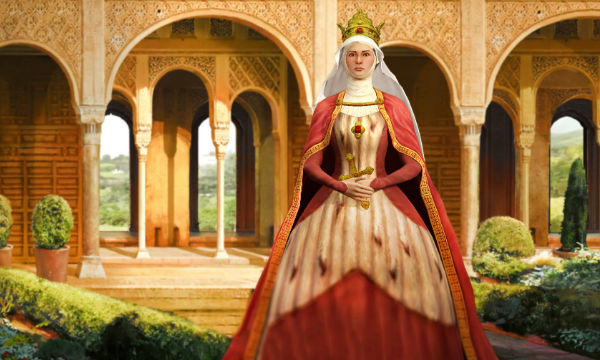 Isabella of Castle was the lady of great fortune. All went well for her when she married the Ferdinand of Aragon to illuminate her wealth further. When she died in 1504, her annual income was more than 1.40 million ducats. Ducats, though, were coins made of gold and served the purpose of currency in Spanish era. During her reign as the Queen of Spain, she made a formidable alliance with Ferdinand to unite the whole of Spain and rule it like never before. 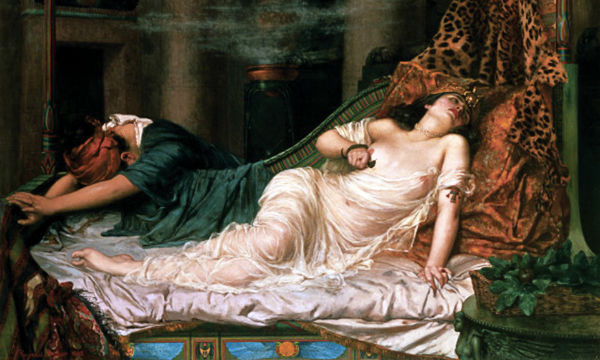 Cleopatra is remembered more for her political maneuvering than her wealth. But that does not mean that she lacked in that. She was one of the richest women ever lived on the face of the earth. As Egypt’s pharaoh, Cleopatra was the owner of major industries present in Egypt at that time. Those industries included wheat and unguents. Her insane wealth was estimated above $95 billion during that period.

But interestingly, she was unable to finance the wars she fought by herself and borrowed debt from the other monarchs to fund her wars against different opponents. All in all, the wealth she amassed was stupendous, and she is easily one of the richest women ever lived on the face of this earth. Her vast wealth makes her the 4th richest women of all times. 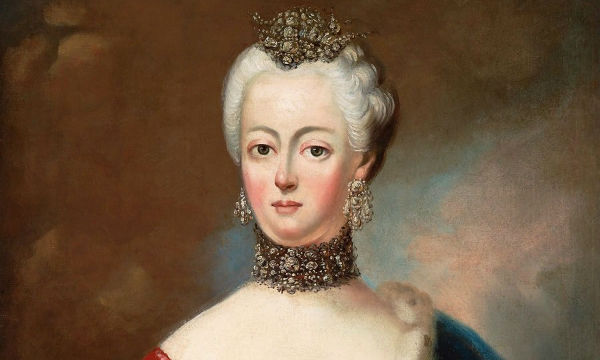 With the wealth of $1.5 trillion, Catherine the Great is one of the wealthy women in the earth. Crowned as the Queen of one of the largest empire of the world. The insane control over the land gave her unprecedented wealth that amounted to 5.4% of Russian GDP at that time. Not only the land, but the Queen also controlled the Church of Russia.

As a political being, she first came into reign with the lofty ideas of freeing the serfs but once the time passed, she started thinking differently, and surfs were dealt with harshly afterward. Regarding her military expansionism, she made calm in her state by crushing all rebellion movement inside the country and moved on to conquer other. Her vast wealth makes her the 3rd richest women of all times. 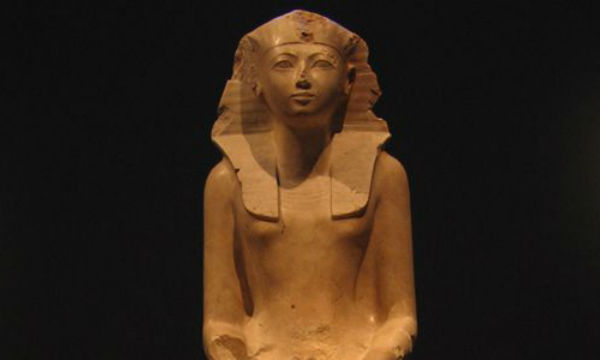 Hatshepsut was the first ever female Pharaoh of Egypt, therefore, the queen of Egypt in the year 1507-1458 BC. Not used to women rulers, the public saw her with suspicion at initial stages of her rule, but later on, she convinced the public that she was destined by the will of gods to this position, thus used people believes in ruling Egypt.

At that time Hatshepsut owned around $2 billion worth of gold mines that accounted for the 20% of Egypt GDP. During her stay as the owner of the land, she exerted considerable control over the resources and became one of the Richest females in Egypt. Her vast wealth makes her the 2nd richest women of all times. 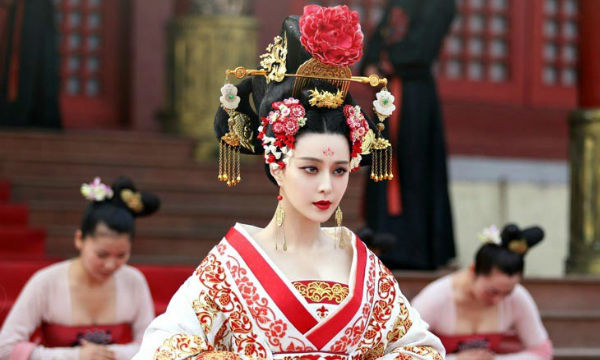 It will not be an exaggeration if we name her Empress Wu as the Queen of Bloodshed in the history. After the death of his father, she rose to the helm of the Tang Dynasty and was ruthless in her behavior. She got everyone killed who thought of raising voice against her. She is even reported to have killed her two-week-old daughter to pin the crime on Empress Wang, who was later on killed for the offense that she never committed.

However, her tactics as an expansionist paid off very well, and she managed to expand her crown to central Asia. With the expansion of the Silk Road, the trade flourished with the rest of the world especially the western world. Her vast wealth makes her the Richest Women of all times.