We know the fact that celebrities make an insane amount of money in the entertainment industry. However, the wealth is not limited to the mature stars only, as we find that teens also make a huge sum of money. In our list, we have explored the richest teens in the world. 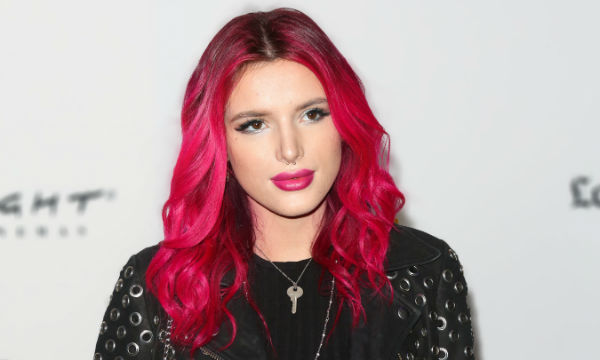 With the Net Worth of $2 Million, the beauty icon Annabella Thorne is our 10th richest teen in the world. With his debut in 2003 comedy ‘Stuck on you,’ she shoots the stardom and never looked back ever.  Although she had a minor role in the movie that paved the way for her in the entertainment industry. The shows like ‘Entourage’ and ‘The O.C.’ further enhanced her career, and she became one of the most cherished teens in the entertainment industry. Her first real significant role came in the show ‘Dirty Sex Money’ where she showed her skills to honor the audience.

She has also produced hit pop songs, which increased her fame. In the recent years, she has performed in the Comedy Movies like ‘The Duff.’ Moreover, she has exhibited her skills in commercial industry and did commercial shoots for Neutrogena Products. Her popularity and wit make her famous, and consequently, one of the richest star in the Hollywood. With her wealth of $2 million, she is one of the 10th richest teens in the world. 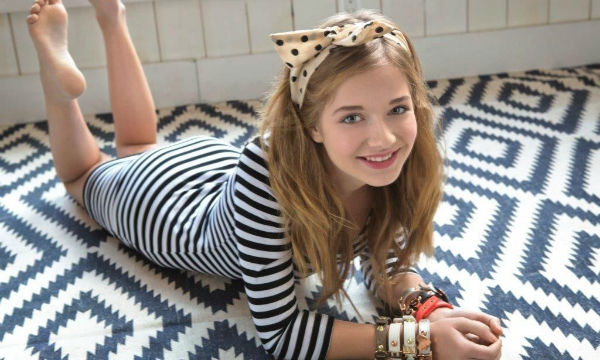 Blessed with an amazing voice, Jackie makes to the list of richest teen stars with the Net worth of 2.5 Million. When she was seven years old, she watched the film version of ‘The Phantom of the Opera,’ and after that has never looked back and found an engaging interest in singing. After a particular time, her parents were encouraged to consider singing as a career for little Jackie. They helped her to start a Youtube Channel. When Jackie appeared on ‘America’s Got Talent,’ she was only ten years Old but got the attention of Media and made a name in the entertainment industry.

She has also enjoyed success as a singer for the theatre production houses. With her appearance in popular comedy shows like High School Musical and Little Red Riding Hood, Jackie became insanely popular in America. Nowadays she is not only singing but also trying her luck in modeling and clothing line. Her consistent efforts to bring the best out of herself has helped her to attain a level of fame that many other think off. With her wealth of $2.5 million, she is one of the 9th richest teens in the world. 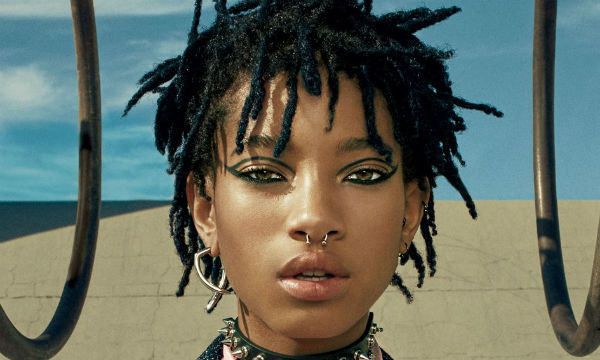 The daughter of Will Smith, a legendary actor, and rap artist, Willow Smith is the 8th richest teen in the entertainment industry. Born in the year 2000, she made her acting debut in 2000 thriller ‘I Am Legend.’ With her charming personality and vigor, she made herself famous in a jiffy and gained so much attention that she was awarded Young Artist Award after her fabulous entry in the movie ‘Kit Kittredge: An American Girl.’  Although her career started when she starred with her father but soon she broke out the bond and made a separate entry with the song ‘Whip My Hair.’

The song touched the heights of popularity in America and was followed insanely by the young population of America. Her song ’21st Century Girl’ has also received popular reviews from the audience, and she has come along nicely since then. With fame and time, she is now a millionaire and considered to be one of the richest teens ever in the world. With her wealth of $4 million, she is one of the 8th richest teens in the world. 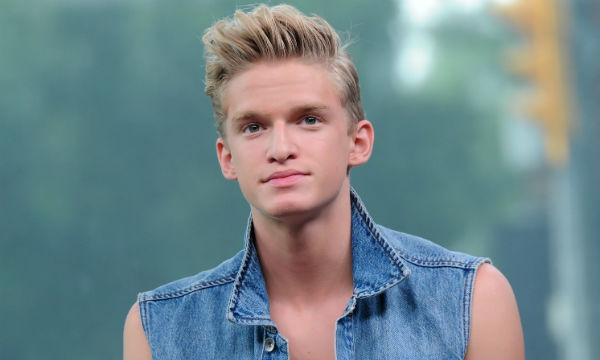 Cody Simpson is an Australian Singer, Songwriter, actor, and dancer. He has not only limited himself to the Australian shores but has also come across the seas to promote his music in America.  His appearance in the ‘Dancing with the Stars’ further testifies his elevation as a star in the entertainment Industry. Although Cody didn’t have an interest in singing before 2009, he gave singing a go with Justin Timberlake songs on the very dear Youtube platform.

Once he started singing, the music directors from all over Australia find a thrill in his voice, and consequently, Cody was signed by an Australian entertainment company. With reasonable success in the field, Cody decided to move to America along with his family so that he can establish and promote himself in the music industry. With the successful appearance on ‘The Today Show,’ Cody decided to build a band. The materialized his plans by forming ‘Coast House Band.’ With her wealth of $4.5 million, she is one of the 7th richest teen in the world. 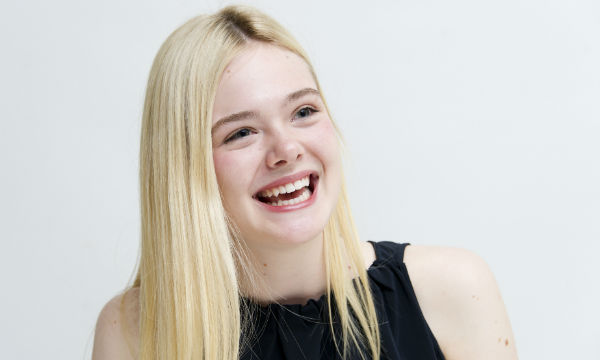 The Sister of Dakota Fanning, Elle is one of the richest teen stars in the entertainment Industry. ‘I am Sam’ was the first movie in which Elle Starred and became famous as a star.

She has not looked back since then and has starred in films like ‘Daddy Day Care’ and ‘Curious Case of Benjamin Button.’ Both of these movies have been super hits. After her start of the career in 2003, she made an appearance in different films. But her demeanor was not a towering one, before, of course, she broke through by taking a lead role in the movie drama ‘Super 8.’ Since then, she has blossomed as an actor and even left her sister behind the race of fame. With her wealth of $5 million, she is the 6th richest teen in the world. 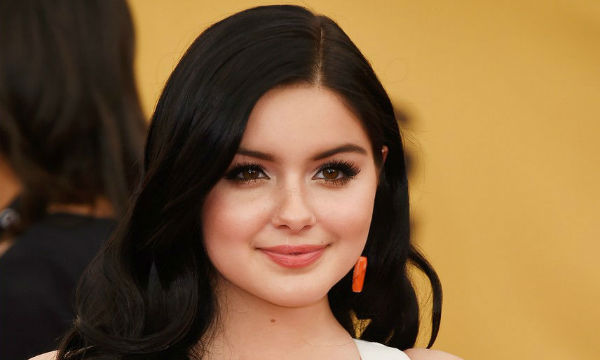 Rico Rodriguez was born in 1998 in Texas and is currently the 5th richest celebrity in the American Entertainment Industry. Her Sister Raini has also appeared in movies, and Disney show ‘Austin and Ally.’ Raini became an inspiration for her sister Rico Rodriguez who followed her into the acting realm. ‘Cory in the House’ provided an opportunity for Rico Rodriguez a window, and after that, she got certain minor roles in different movies.

It was only in 2009 when she got a lead role in the sitcom ‘Modern Family.’ Since his early success in the sitcom, she got 70000$ for each episode she has worked. The deal has been one of best deals ever accomplished by a teen star in the industry. With her net wealth of $7 million, she is the 5th richest teen in the world. 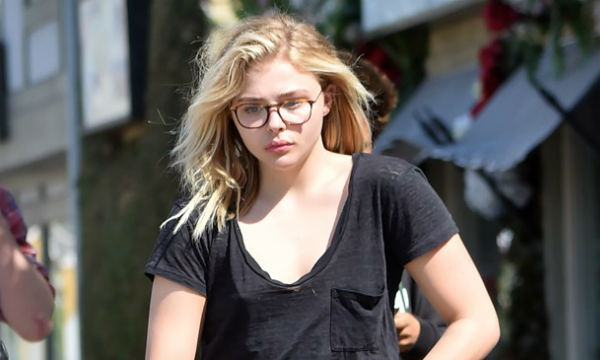 Chloe shoots to the fame at a very young age as an actress and model in the entertainment industry. She has performed in various television shows and movies within his short stay in the industry. ‘The Amityville Horror’ made her famous as she rose to the height of fame and glory on the behest of this movie. She started to get attention from all over America and got considered as one of the brightest talents of the all times.

The success of films like ‘The Poker House,’ ‘Dark Shadows’ have further confirmed her genius in the acting realm and made a name for her.  At present, she is working on modeling deals for different magazines. But she is not giving up her acting career either as she prepares herself to act in the coming movie ‘The Little Mermaid ‘ a live action movie. With her wealth of $8 million, she is one of the 4th richest teens in the world. 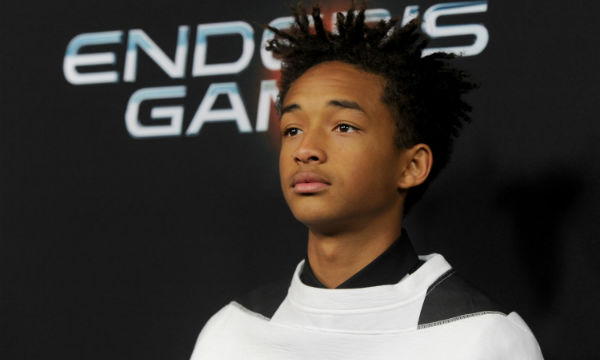 Jade Smith is the son of the actor Will and Jade Pinkett Smith. He is also the older brother of Willow Smith. Jaden Smith debuted in the movie ‘The Pursuit of Happiness’ along with his father in 2006. He has also performed a lead role in the film ‘After Earth’ again with his father. Although both the actors played quite well as partners, the critics didn’t see it as a huge success and find out obvious shortcomings.

For Jade, acting has never been the only way to earn a fortune. He has a profitable business and music investment that adds to his wealth. Not as talented as his father, he has proven multiple times that he is willing to work hard and make a name for himself. Jade also has the pleasure of working with Justin Biber as he provided rap vocals for ‘Never Say Never.’ With her wealth of $8 million, she is one of the 3rd richest teens in the world. 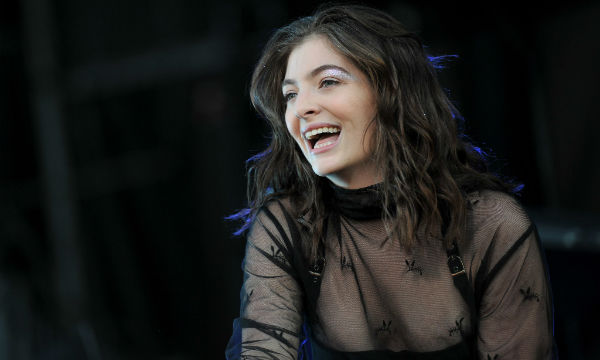 Ella Marija Lani Yelich-O’Connor is the original name of most popularly known Lorde. Born in New Zealand, Lorde got an education about adult life and different writing styles early on in her life. Although she started his career as a radio talk show host, she soon smashed the limelight by starting a universal music group. ‘The love Club’ her debut EP made her famous across the seas. She also wrote different songs for herself and performed at the stage.

Universal Media group decided to release the ‘Single Royals’ that made her even more popular among teens throughout the world. ‘Pure Heroine’ is another short Album that made her fame and money. With her wealth of $12 million, she is one of the 2nd richest teens in the world. 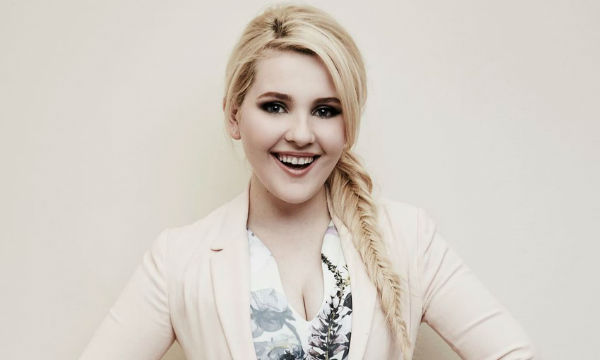 ‘Toys ‘R’ Us’ commercial was the very first glimpse of Abigail Breslin in the entertainment industry. She also appeared alongside Mel Gibson in the 2002 movie Signs. The film went out to be a hit, and she got praised for her acting in the film. Critics find her character different yet amazing enough to be talked about in the entertainment world. She co-starred in film ‘Little Miss Sunshine’ in 2006 which changed the career of actress, and critics started taking him seriously.

Since then, she has not looked back and worked out huge hit movies that made her money and fame. Her other blockbuster movies include ‘Nim’s Island,’ ‘No Reservations,’ ‘Ender’s Game.’ ‘Screamy Queens’ is her latest project. It is worth noting that most of her movies have passed the benchmark of 100 million dollars. Because of her enormous success, she is the richest teens in the world.