Whenever we talk about the net worth of artists, we find out they do make some money from their art career, but they also amass a formidable amount from their investments or advertisement money ventures. The point that I want to make is that although they are insanely talented in their fields, the role of their field in their income is only paltry and they earn massive amounts by taking part in multiple ventures that have nothing to do with their respective fields. The areas such as advertisement and branding make them hefty money. They amass a substantial amount of wealth by working with different multinational companies who pay for their engagement with them. In today’s list, we will explore the ten richest female singers in the world and will find out the sources of their income.

Richest Female Singers in The World Nana Mouskouri is a singer of Greek origin who made herself famous in the 60’s decade. Many of us won’t even have listened to her, but again, she has made a name for herself in the music industry as a richest lady. Once she made the fame for herself, she also moved out of Greece and started living in Switzerland. She is also one of the few singers who has made their wealth at the behest of their musical skill.

However, that does not mean that she is wholly up to her singing for fortune. She has made investments in the property business but only after she grew older and wiser. Her towering wealth makes him the 10th richest female singers in the world. 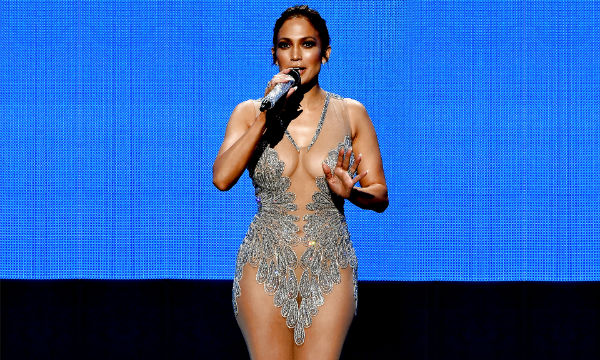 Jenny is the famous American star who needs absolutely no introduction. She is the high profile judge of the American Idol. The participation of Jennifer Lopez in the show made her insanely high amount of money. Now when we add her ‘American Idol’ earning to that of her musical career and even further to her movie appearances and one block further to her investment in separate business ventures we look at the income that reaches stupendous heights.

Currently living in the penthouse apartment in NEW YORK, the gorgeous lady is the 10th richest singer on the planet earth. Her towering wealth makes him the 9th richest female singers in the world. 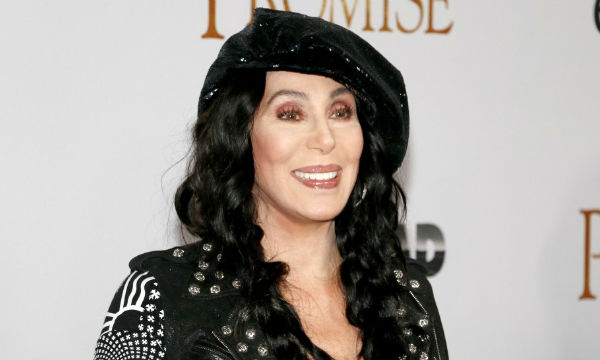 Cher is an Oscar prize winner with the net worth of 320 million. Gosh! It’s Cher, stupid! With the insane salary of around 30 million dollars per year, she is one of the highest-paid singers in the world. Currently, she spends her cherished days in a Malibu mansion that is worth 50 million dollars and her beach house in Venice that is worth 2 million.

The lady has flourished on the luck she has amazingly acquired from destiny. Interestingly, when her pop ballads got hit, she continued to churn them out in procession. She has also appeared in many movies that have added to her portfolio and even made her versatile. Her towering wealth makes him the 8th richest female singers in the world. The Singer worth 340 Million has shot to the fame rather meekly unlike her other co-stars. Belonging to a middle-class family, she started her career as a singer in a nightclub during her teenage and occasionally made appearances on ‘The Tonight Show.’ Slowly and gradually, she climbed the ladder and was offered to work in movie ‘Funny Girl’ that she gladly accepted and never looked back again.

In the course of her career, she has worked as a singer, producer, and director to earn a fortune in the industry.  She currently resides in a mansion located in Malibu. Her towering wealth makes him the 7th richest female singers in the world. 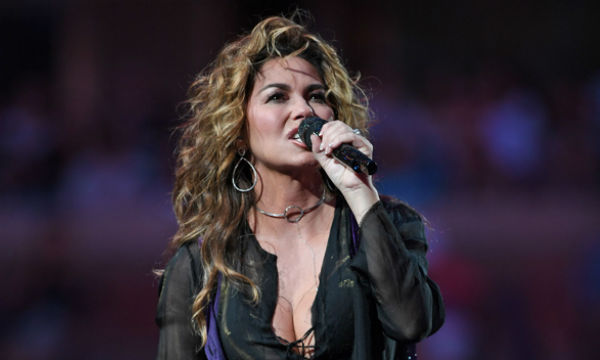 Shania Twain, the Canadian superstar, is the owner of 350 million dollars. She is another singer who has devoted her life to the singing and earned solely at the behest of her musical achievements. With her rise to fame in the 1990’s, she became one of the most wanted singers around the world.

Her albums performed well, and she toured around the globe with packed house shows and consequently earned an unprecedented fortune.  Her towering wealth makes him the 6th richest female singers in the world. 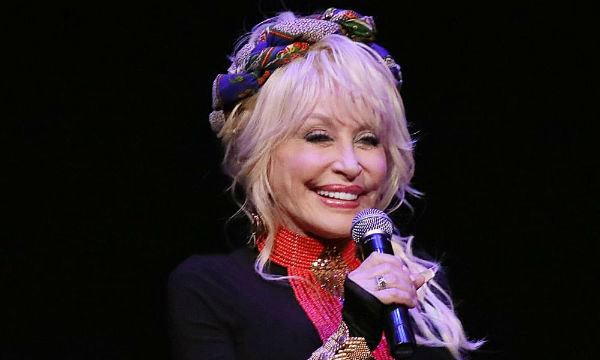 Dolly Parton is the owner of $500 million dollars now, but it wasn’t the case always. She started almost from nothing and had to write for herself. For years Dolly wrote and sung in oblivion, but as they say, the real talent somehow makes her mark. She has made her money from music but also ventured into different other investment fields. Once she got the space and money, she invested it in the clothing line, books, and films.

But the most innovative idea of Dolly was her theme park known as Dollywood across the globe. She is also spoken to have an enormous amount of property in LA, and she continues to expand that with every passing day. With all ventures and investments, she is one of the richest women in the singing arena though she didn’t win much money through her singing stakes only. Her towering wealth makes him the 5th richest female singers in the world. 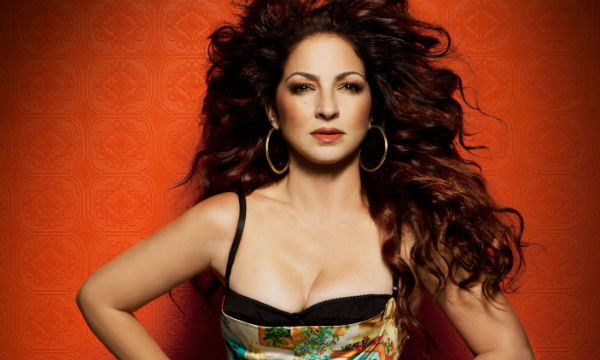 Ah! So Gloria Estefan is tied with the great Dolly Parton in the competition of wealth. She started her career with a group, but when she got success, she parted her ways from the group to work single-handedly to transform herself to stardom. Gloria has made most of her wealth through singing. Born in Cuba, she sang in Spanish and held the most charming Spanish styles that made people fall in love with her melodious voice.

Gloria has also had a successful investment journey coupled with her music life. She has invested in Themed restaurants and got a relatively impressive amount of money from these projects. As of now, she plans to manufacture perfumes and render brand of her own to the audience. Her towering wealth makes him the 4th richest female singers in the world. The judge of American Idol she is the owner of 520$ dollars. She earned most of her money from American Idol where she was bestowed with a salary of 520 million dollars annually. However, her songs were popular too, and she was liked among fragments of society too.  She currently lives in Las Vegas. Her towering wealth makes him the 3rd richest female singers in the world. Like many other wealthy people, she has not waited with her all eggs in a single basket. Instead, she focused on making different investments to outshine her competitors and amasses a profound wealth. However, it does not mean that she was unsuccessful in her music career. The fact is that her music career lived for decades and still flourishes by evading the flow of time. She has also invested in various profitable ventures of the modern era.

Her ownership of Les Production Feeling Inc. and involvement in the Nickels fast food chain makes her a strong lady who put her eggs in different baskets and perform well. She is also the owner of a golf club and a restaurant that adds to the tally of her investment in multiple fields. Her towering wealth makes him the 2nd richest female singers in the world. 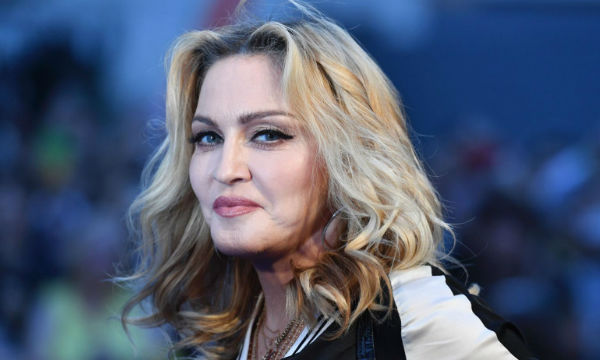 Madonna is an entertainer who cannot be compared to any other singer in the world. With the huge wealth of around 1 billion dollars, she stands tall as the richest female singer of all time.  Singer, actress, songwriter, and entrepreneur Madonna has done it all. And it is paying dividends to her fortune. Her actual net worth is a whopping $1 Billion that makes her not only the richest female singer in the world but the richest of all musicians, regardless of gender.

She is known for her speed and vigor that makes her popular among people of all generations. However, she has also indulged herself into different non-musical ventures such as clothing, makeup and fragrances and brands related to that.  She has changed her ultra-successful singing career into a successful entrepreneur career. The achievements she got goes right back to the 1980’s when she landed herself in the music field. Now decades after that, she remains as dominant as she was in the past decades.  Her towering wealth makes him the Richest Female singers in the world.