What politicians tell us is that they fight for us, but what they don’t tell us is that what they get in response for their valiant fight. They try to prove that they are selfless creatures with all their energies directed to serve us. It seems so melodious to hear such reverent talk, but it is the only half-truth. Although we might find some politicians serve their words in this regard, a large majority of politicians are not so selfless as to sacrifice their whims for the general public. And most of them try their luck in politics to gain fame and earn even more money. They gain wealth that reaches millions and sometimes billions. Here is the list of top 10 Richest American politicians. 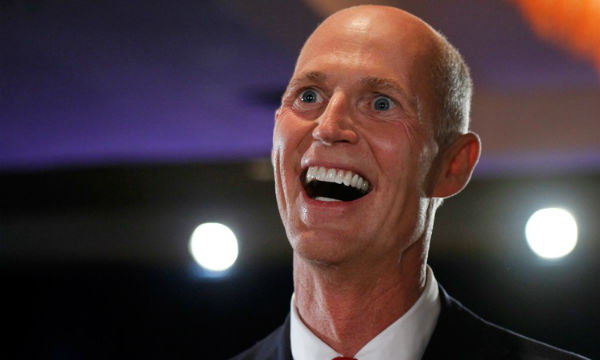 Rick Scott is the wealthy governor of Florida. The millionaire has participated in politics as a Member of Republican party. Although he didn’t earn much from politics but is supposed to enter politics on legs that were provided by his wealth. Scott formed ‘Columbia Hospital Corporation’ in 1987 and began to expand the ventures of the organization earnestly. Slowly and gradually, the group gained the faith of the general population with its top quality facilities and enabled Scott to convert it into one of the largest private profit organization in the United States.

The Medicare billing scandal, later on, hampered the progress of the company and it had to pay around $600 million to bail out of the case, but Scott remained unflustered and stepped into politics to win the race for the governor of Florida. With his vast resources and wealth, he is the 10th among the Richest American politicians. 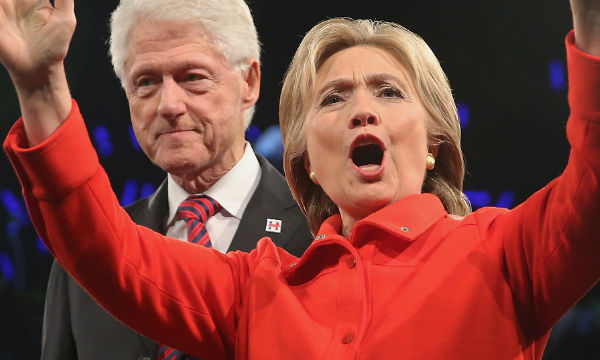 Bill Clinton is the former president of America while Hillary his wife remained secretary of state during Obama’s first stint as a President and later in 2017 Presidential elections, contested for the presidency against Donald Trump, the current President. Both being the product of Yale Law School are pretty intimate to each other and earn hefty amount because of their small business ventures as well as political skills.

The family is supposed to have $85 million dollars of fortune that outshine most of the other President families in the United States of America. With his vast resources and wealth, he is the 9th among the Richest American politicians. 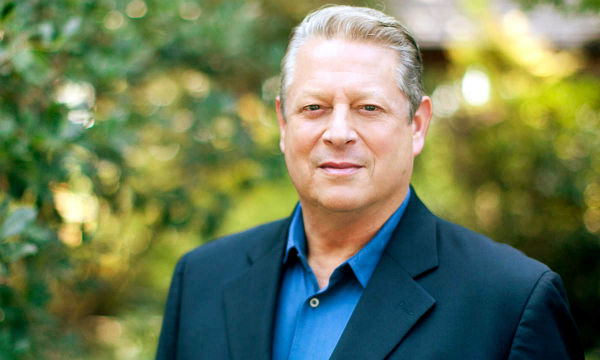 Al Gore has served the United States of America on several recent positions in the 90’s decade. Pivotal to the American politics, the politician has served not only as a vice president of the country in 1993 but also remained a senator from the state of Tennessee. Al Gore has been a staunch Democratic who had the chance to compete for the presidential bid in the election of 2000 but narrowly lost the bid despite winning the majority vote. Unlike other people around in the politics, Al Gore has won the most prestigious Noble Peace Prize for his successive contributions for putting effort to improve the deteriorating environmental condition around the globe.

However, the significant chunk of his money comes from his directorship of Apple along with his post of adviser to Google. In generality, he has had a fulfilling life in general in which he achieved money, fame, and most importantly, the applause from the neutral institution from around the globe.  With his vast resources and wealth, he is 8th among the Richest American politicians. 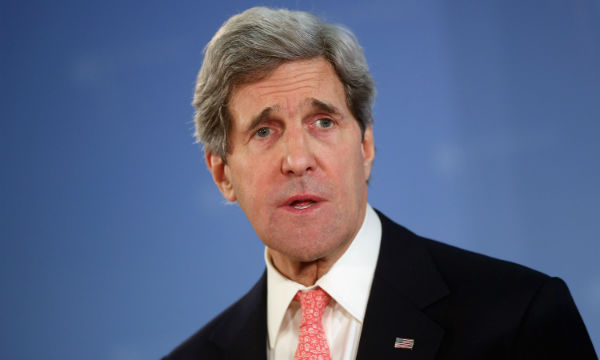 Like many other politicians in the American market, his rise was slow and steady but expanded over a period of time. Being a Democrat, John Kerry started the career as the lieutenant of the Massachusetts state. The experience of holding the public office has helped him a long way in coming forward as a leading politician of the current decade. Kerry mastered the skills when he was provided consistent opportunity as Senator from 1985 to 2013.

He reached the helm of his career during the latest tenure of the Democratic Party when he was appointed as the secretary of state by the Obama Administration. The graduate of Yale University has also won multiple combat award for his exuberance in the vietnamian war, though he has remained a fierce critic of the US administration involvement in the war. With his vast resources and wealth, he is 7th among the Richest American politicians. 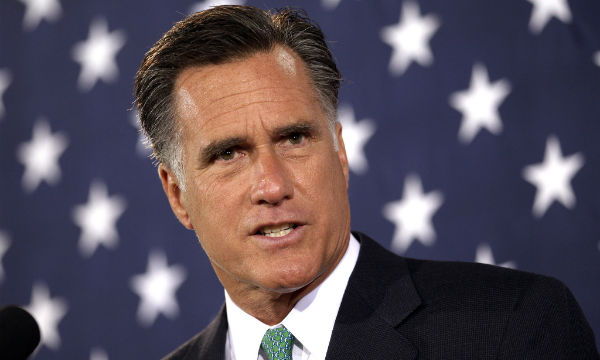 Mitt Romney was also a governor. It seems that being governor has some relationship with wealth as most of the multi-millionaire American politicians have reached the level of the governorship in their respective states. Mitt Romney was no different as he remained the governor of Massachusetts from 2003 to 2007. During his career, he has brought on several policy changes in the state and increased the tax net of the state. However, the governorship does not have any explicit connection with his rise to the stage as one of the richest person in the United States of America.

Brain & Company remained one of the primary sources of his income as he stood as the director of the enterprise. Although good days didn’t last long, and the company faced financial trouble, and he had to resign. Romney has also helped Bain Capital, a profitable company to get started. His advice on business matters is considered valuable in the American market. With his vast resources and wealth, he is 6th among the Richest American politicians. 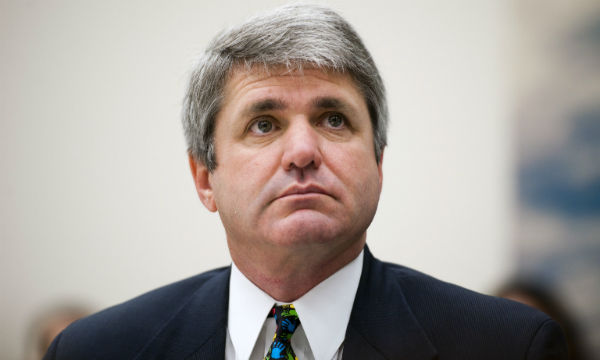 Micheal McCaul is another American President with vast fortune on hand. Regarding his post, he is the Republican representative of 10th District of Texas. Currently, one of the wealthiest congressmen in America, the flow of wealth seems unstoppable, as McCaul continues to amass the incredible amount of money with every passing day.

However, the source of his income is different from other politicians as he acquired most of his wealth from inheritance and then expanded it by hard work in the American market. The rich politician has also served as a US counter-terrorism Chief in Texas. With his vast resources and wealth, he is 5th among the Richest American politicians. 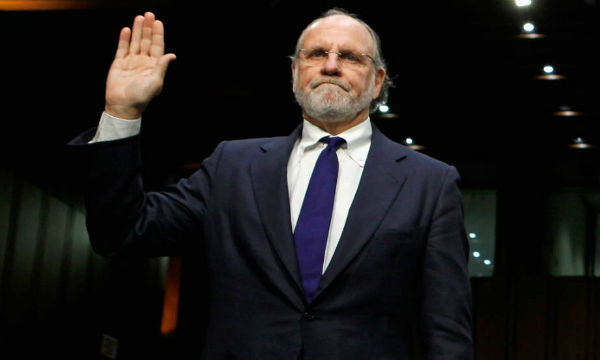 The senator from the New Jersey is one of the most popular people in the state of New Jersey. He won the seat of Senate from New Jersey in 2001 and remained senator till 2006. However, he refused to take part in the electoral process in 2008 because of his governorship of Garden state. After his tenure as a governor ended, Corzine once again contested for the election but failed to impress the people and lost the bid.

Though dishearted, he was offered the job of CEO of MF Global in the same year, and he accepted the offer, but the venture didn’t turn out be a great one as the company became bankrupt in a year after his joining. It was a major setback to Corzine, but he remained one of the richest people in the USA.  With his vast resources and wealth, he is one of the 4th Richest American politicians. 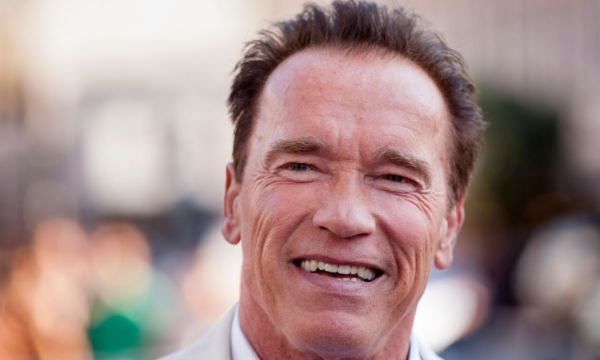 Arnold Schwarzenegger is a famous actor who filled his boots by playing a part in many movies. He is not on this list for his acting skills rather for his contributions in the politics. In the year 2003, the governorship of California fell for him, and Schwarzenneger gladly accepted it. The stay at the Governor’s office was a success for him as he ably continued his services in the office for nearly eight years. Shooting to fame with movies like ‘The Terminator Series’ and ‘True Lies’ he became famous and also earned a substantial amount of money.

To his credit, he has never accepted governor salary from the state that was above 150 thousand dollars. The major controversy in his career came when he was accused of cheating his wife, and the public too lost the trust of him. With his vast resources and wealth, he is among the 3rd Richest American politicians. 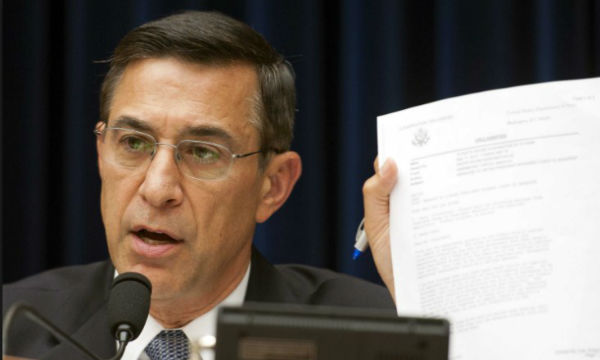 The representative of 49th District of California, Darrell Issa hails from the Republican party. The seasoned politician had gained most of the wealth from an automobile security and convenience parts company that made him a lot of fortune before he entered the realm of politics. Although the primary source of his income is not politics, he is believed to have entered politics on the behest of his successful career in the company.

His faithfulness to the Republican Party though is unquestionable; He has voted around 95% times on the lines directed by the party. Being now the chairman of Government Reform Committee, he is one of the most prominent members of Republican think tank. With his vast resources and wealth, he is one of the 2nd richest politicians in the United States. 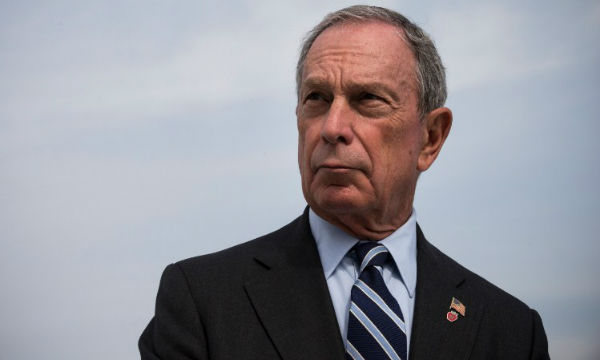 The mayor of the New York City is the richest politician in America. Probably his wealth has made him the mayor of New York.  Who knows?  Once a Democrat, he shifted his party because of the consistent rift between him and other members of the Democratic Party. He also left the Republican Party in 2007 through winning the election on the ballot of Republicans. Bloomberg LP is the major investment venture of the billionaire along with many other similar projects.