Actors are paid substantial money once they reach the stardom in their careers. With growing fame and glory, they start getting a plethora of offers from different entertainment houses that enhance their chances to get instantly rich. Some of the actors in the Hollywood industry are so rich that it becomes hard to believe the amount of money they earn through the course of their short careers in the entertainment industry. Here are some of the richest actors in Hollywood that have dominated the limelight and performed exceedingly well as far as getting wealthy is concerned.

The 10 Richest Actors in Hollywood 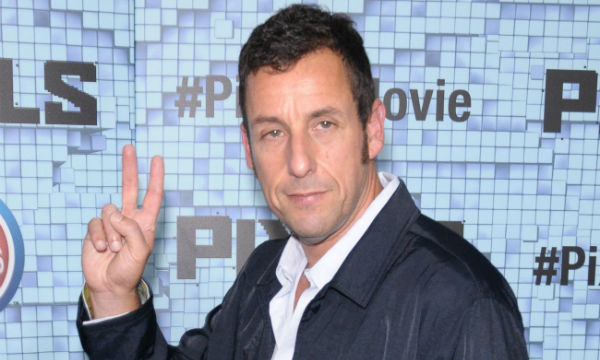 Adam Sandler with the net worth of $340 is the 10th richest actors in Hollywood. Unlike many other ‘actors’ in the Hollywood,  Adam Sandler has proven himself the success in different fields that relate to the entertainment industry. He is a cherished Comedian, a matchless producer, and an adorable writer who loves perfection in whatever he does. With movies like ‘Grown Ups’ and ‘Pixels,’ he became popular and started gaining ascendency, and consequently, the flow of money followed the fame.

Forbes magazine confirms that Adam Sandler pays $80 million fees to theatrical distributors for his movies. Adam Sandler is also believed to have invested in different other marketing affairs, but the details of those investments are yet to be released to the media. 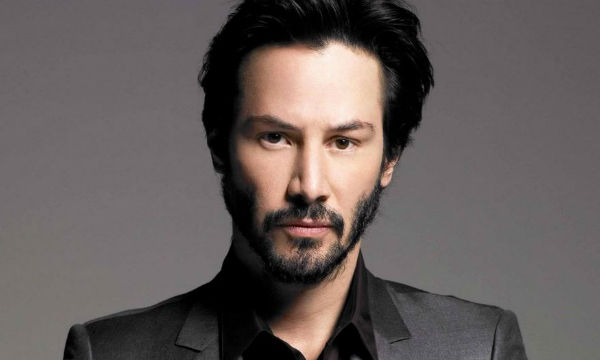 Blockbusters like ‘Speed’ and ‘The Matrix’ has elevated Keanu Reeves to heights many others struggle to attain throughout their careers. ‘The Matrix’ was a huge signing for the actor. Keanu Reeves got paid $126 million for his thrilling contribution in the movie. Although his career has not been a consistent one and he faced controversies during the different instance of his career, but to his credit, he has successfully enabled himself to get in the top tier of the richest actors in the Hollywood.

He went off the radar in the year 2012 but came back in 2016 with new found vigor. ‘John Wick’ was the most recent successful movie of Keanu Reeves. The movie was such a hit that it needed a sequel because of its growing popularity across the globe. Keanu Reeves justly sits at 9th position in the list of the richest actor in Hollywood. 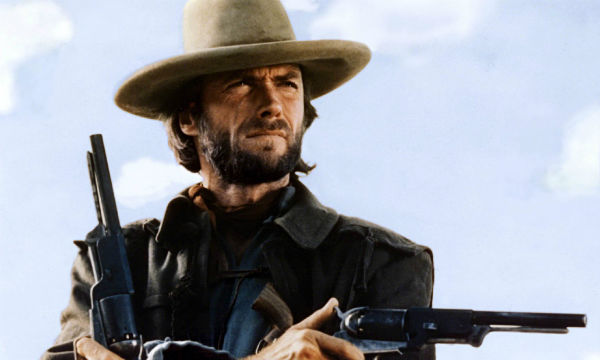 With the net worth of $370, Clint Eastwood is the 8th richest actor in Hollywood. Once he got the opportunity in the entertainment industry, Clint Eastwood grabbed it with both hands and came up with super hit movies like ‘Million Dollar Baby,’ ‘Gran Torino’ and ‘Unforgiven.’  Fame followed soon.

Oscar too bestowed itself on Clint Eastwood, and he won four Oscar awards, which stamped his unprecedented success in the entertainment industry. However, acting was not the only way of earning a fortune for him. After success in acting, he ventured into Direction and Production and was equally successful. That left him with hefty bank accounts along with well-deserved fame. 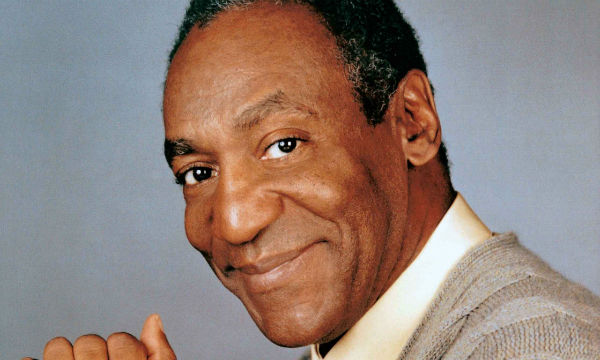 Bill Cosby, the comedian who rose to fame at the behest of smile he brought to the face of the audience. With his timely wit and crazy money, he is the 7th richest actor in Hollywood. His rise to the fame was sudden, but he eventually got what he deserved with his matchless appearance in ‘The Cosby Show.’  Once he announced himself in the entertainment industry, he never looked back and became a catalyst to many blockbuster hits that attracted the favor of the public.

‘The Cosby Show’ and ‘Fat Albert’ were also a great success for Bill Cosby as he amassed hefty money from these projects too. Most peculiar of his work though is ‘Cosby Kids.’ His fame seems to increase with every passing day, and consequently, the wealth also appears to follow him. With all his money and fame, he fares as the 7th richest actor in Hollywood.

Tom Hanks is an actor known for his fabulous skill display in Classics like ‘Saving Private Ryan and ‘The Green Mile.’ Tom Hanks never hesitated to work out of the box, and all his efforts paid back and eventually made him the star he wished to be. His work was also appreciated worldwide when he won Oscar and got the nomination for numerous other awards.

One of those Oscars was for movie ‘Forrest Gump’ that made him around $70 million thanks to getting the percentage of sales on the films. Because of his impressive performance in the field as a famous star, money followed him, and he grew in demeanor as one of the richest actors in Hollywood. 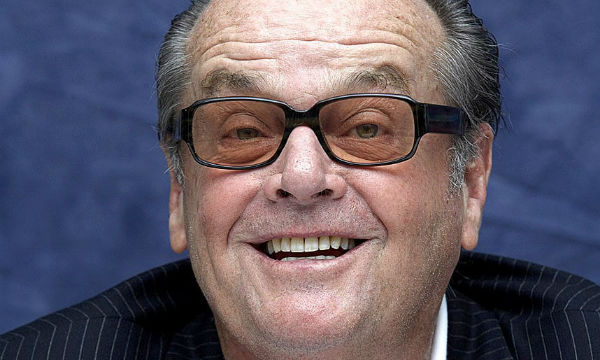 Jack Nicholson shoot to fame with 1989’s classic ‘Batman.’ He earned unprecedented support for his acting in the movie and eventually made a name for himself in the entertainment industry. According to the available sources, he has made $60 million dollars from only ‘Batman’ sales. His other famous movies include ‘The Shining’ ‘The Departed’ and ‘Terms of Endearment.’

All these movies have got consistent success, and he generated a hefty amount of money by performing in these movies too. His last film was ‘How Do You Know.’ Lately, Jack Nicholson has disappeared from the scene and is rumored to have left the entertainment industry. Although we don’t have any official word regarding his retirement from the field, his absence from the stage is self-explanatory. 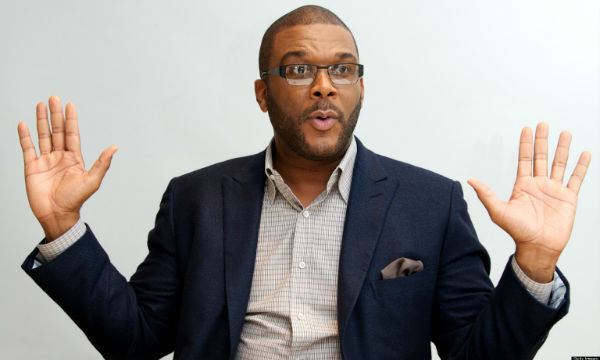 Tyler Perry is undoubtedly one of the richest men in Hollywood today. But it was not the case couple of decades back when he was homeless and hopeless about his future. Things changed, and Tyler Perry is now one of the richest figures in the Hollywood industry. Regarding his career, he has performed as an actor, director, and writer. All his contributions in entertainment industry meant great fame due to his creativity and unmatched style.

However, in the movie industry, he made his name by acting in Madea films and Television series such as ‘Far better or Worse’ and ‘If loving you is wrong.’ The only thing he didn’t achieve in his career was the Oscar award, but that didn’t impede his growth as an actor. He now joins the club of the richest actors in Hollywood courtesy of his hard work and dedication. 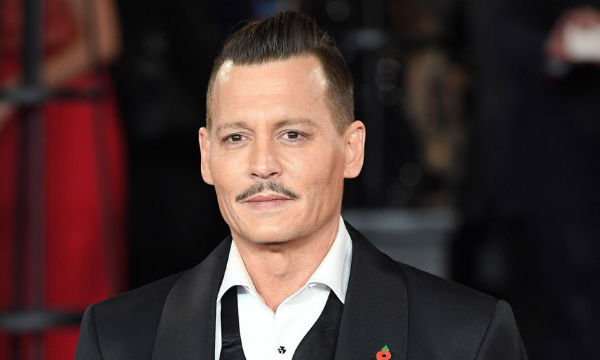 Partner of Tim Burton, Johnny Depp is one of the most famous stars of the current generation. With movies like ‘Edward Scissorhands’ and ‘The Demon Barber of Fleet Street,’ Johnny Depp made a name for himself in the entertainment industry. Although he rose to fame quite early in the film industry, his best movie as far as money making is concerned was ‘Pirates of Caribbean movies’ where he earned $185 million for his acting in the film.

Along with three Oscar nominations, he is one of the most influential and richest men in the history of Hollywood industry. With the net wealth of $450, Johnny Depp is the 3rd richest actors in Hollywood.

‘Top Gun,’ ‘Mission: Impossible’ and Jerry Maguire are the movies that every movie lover cherishes. These are the movies that make Tom Cruise an undisputed King of Hollywood entertainment industry. In recent times, his battery of movies production is slowing down, but he is still one of the most followed actors in the Hollywood. His action movies are in demand as ever, and now it seems that whatever he will produce will shine to glory. His ability to create crazy stunts makes him a superhero of Hollywood.

In Mission Impossible saga, Tom was paid $290 million dollars for his acting skills. He is assumed to be the highest paid actor in one single movie with the income of $290. His charisma and willpower make him a very wealthy person. Therefore he deservingly occupies the place of the 2nd richest actors in Hollywood. 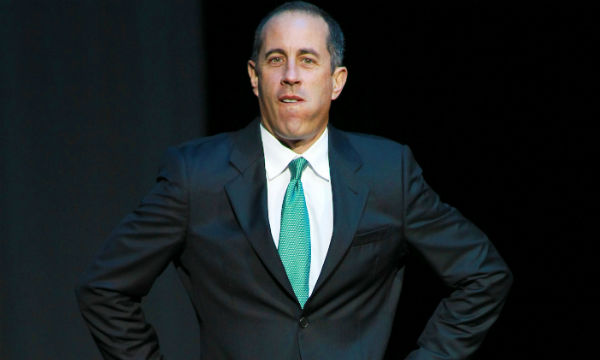 What would define him better- comedy or writing? To find a definition for him is an enigma. But for his personality, he is matchless, and his achievements speak for themselves. His Show ‘Seinfeld’ has brought him such success that it continued for nine consecutive seasons. Since his success in ‘Seinfeld, the actor has flourished with shows like ‘Marriage Ref’ and ‘Comedian in Cars Getting Coffee.’

When Jerry Seinfeld endorsed a deal in 2008 with Microsoft ads for Seinfeld, he was paid 10 million for just one deal. With his crazy wealth, he tops the list of the Richest Actors in Hollywood with the net worth of $820 Million dollars.